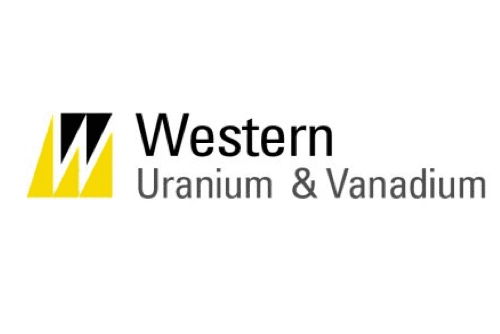 Western Uranium & Vanadium Corp. (CSE:WUC, OTCQX:WSTRF) (“Western” or ”Company”) is providing an operational update on the Sunday Mine Complex Vanadium Project. The Sunday Mine Complex (“SMC”) is located in Colorado within the Uravan Mineral Belt and is comprised of five previously producing uranium/vanadium mines. Successful mine development of the underground workings during 2019 has brought the SMC into production-ready status; mined ore is currently being stockpiled underground.

Multiple surface infrastructure projects are underway to meet Colorado Division of Reclamation, Mining and Safety (CDRMS) requirements. Completion of the CDRMS prerequisites will enable the newly mined and stockpiled underground ore to be brought to the surface and samples shipped to prospective customers and processors.

Three surface infrastructure projects are at different stages. The covering of the legacy low-grade uranium ore stockpile has been finished. The construction of the upgraded storm water control structures has been completed. The building of three lined ore storage pads is underway; final engineering is proceeding that will allow an excavation contractor to commence ore pad construction in early January. Under the current timetable, the Company anticipates the CDRMS requirements to be fulfilled by the end of January which will enable the first ore material shipments in February.

There has been no formal update announcement from the United States Nuclear Fuel Working Group (“NFWG”) subsequent to its extended November deadline. The NFWG was established following the Department of Commerce (DOC) Section 232 uranium investigation and is charged with analyzing the entire domestic nuclear fuel supply chain and making recommendations to further enable domestic nuclear fuel production, if needed.

In a recent Bloomberg article, it was reported that the NFWG had made recommendations to the White House with the goal of reviving domestic uranium mining through Department of Defense (DOD) and Department of Energy (DOE) uranium purchases. The article also mentioned that President Trump had yet to be briefed on the NFWG report. Bloomberg’s publication that the NFWG “is recommending that President Trump direct the federal government buy more uranium from domestic producers…” would indicate that the NFWG report found national security risks. The Presidential Memoranda establishing the NFWG acknowledged that the Department of Commerce (DOC) Section 232 investigation report found that “uranium is being imported into the United States in such quantities and under such circumstances as to threaten to impair the national security of the United States…”. Thus the DOC report and the NFWG report, both prepared for President Trump, appear to have reached a similar conclusion although recommending differing solutions in support of U.S. uranium mining.