Troubles at Cigar Lake continue to be a thorn in the side for Cameco; the military junta leading uranium-rich Niger has sacked the heads of state-owned companies; and the Mongolian Saga isn’t over for Khan Resources yet. 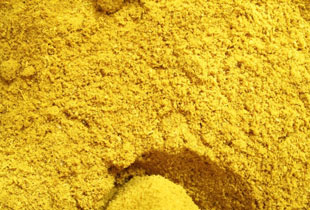 This week brings fresh updates on some of the stories Uranium Investing News has been covering: Troubles at Cigar Lake continue to be a thorn in the side for Cameco; the military junta leading uranium-rich Niger has sacked the heads of state-owned companies; and the Mongolian Saga isn’t over for Khan Resources yet.

Canaccord Adams analyst Orest Wowkodaw has lowered his price target for Cameco Inc. [TSX: CCO] to $25 per share from $28 and downgraded the stock from “hold” to “sell.”

“While we remain bullish on the medium-to long-term fundamentals for uranium, we see limited upside in Cameco shares in the near term,” explained Wowkodaw.

The upside is most likely limited by the albatross that continues to hang around Cameco’s neck: Cigar Lake. Last week, the company put out a technical report on the project that detailed higher life-of-mine cash operating costs (up to $23 per pound from $14) and a pushed-back timeframe for production ramp-up. Once slated for 2013, full capacity production is now forecast to commence in 2017.

After February’s coup, Niger’s military junta is stepping up its control by removing disposed president Tandja’s supposed supporters from the helm of state-run companies in control of the nation’s uranium deposits and oil reserves. The junta says Tandja and his party abused their office by using the Niger’s natural resources for their own benefit, rather than for the citizens of the African nation.

The officials were replaced with civilians and soldiers, reports Reuters. The replacements include the leadership of SOPAMIN, the state-run company tasked with managing Niger’s stakes in various mining operations. SOPAMIN holds a one-third interest in Areva’s world-class Imouraren uranium mine that is slated for production in 2013.

As Russia, China and the West continue to compete over the abundance of natural resources in the landlocked Central Asian nations of Kazakhstan, Tajikistan and Mongolia, mining companies are bound to find themselves caught up in games of political posturing. One such company in the center of a political struggle over resource riches is Canadian uranium miner, Khan Resources [TSX: KRI].

Uranium Investing News has followed this story closely as it has unfolded. The last chapter in the drama came in February and involved China’s CNNC rescuing Khan from ARMZ’s .65 cent a share hostile takeover bid with a White Knight offer of .96 cents a share. ARMZ let its bid expire in early March.

Unfortunately, the saga doesn’t end there as Bruce Pannier reports in his piece for Radio Free Europe/Radio Liberty. Pannier does well laying the issue wide open. “Khan had found a buyer that could stand up to the pressure by the Mongolian government and the Russian company,” he points out. However, the agreement with CNNC is not complete as “objections” to the deal have begun to surface.

The government is now investigating “the legality of Khan Resources’ licenses in Mongolia,” says Pannier.

In an open letter late last month, Khan questioned the validity of the investigation, as it is only a partner in the joint venture between ARMZ and the Mongolian government, and accused ARMZ of spreading “inaccurate information” and “telling the government of Mongolia what to do and what not to do.”

Investors and uranium market followers will have to wait to see what the next chapter in this ongoing drama holds for Khan, but whatever happens the company’s story will no doubt serve as a model of warning for Western companies operating in Central Asia.