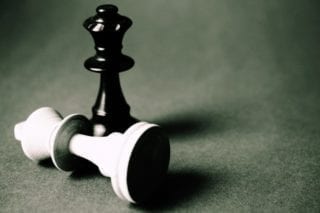 Some uranium firms have been forced to rethink their options in the current low price environment, but bright spots aren’t too hard to find.

The U3O8 spot price was at $19.85 per pound as of Tuesday (June 20), up 60 cents from last week. Unfortunately, that’s still an unsustainably low price, and uranium firms continue to step back to consider their options.
Paladin Energy (TSX:PDN,ASX:PDN) is one such company, and it is currently fighting battles on multiple fronts. It has been staving off collapse for months, and last week France-based utility Electricite de France (EDF) (EPA:EDF) called in a US$277-million loan.
EDF’s decision to call in the loan came after an independent expert determined that the security Paladin offered on EDF’s prepayment on a 2012 offtake agreement was not sufficient. Under the terms of the contract, Paladin is required to pay EDF the outstanding amount of US$277 million within 30 days.


Give me my free report!
Paladin is also facing pressure from China National Nuclear Corporation (CNNC). State-owned CNNC holds a 25-percent interest in Paladin’s Langer Heinrich mine, and it believes it has the right to acquire the remaining 75-percent stake. Langer Heinrich is Namibia’s largest uranium-producing mine, and its output clocked in at 1,903.5 tonnes in 2016.
In a press release earlier this month, Paladin said it will allow an independent valuation process to move forward for the potential CNNC option. The result of the valuation is expected on July 20. In the interim, Paladin has approached EDF to negotiate the terms of a standstill to defer the US$277-million payment while it resolves its issues with CNNC. Paladin expects the suspension to last until at least the end of June.
News of Paladin’s financial woes coincides with a decision by Pele Mountain Resources (TSXV:GEM) to sell its uranium and rare earths project in Ontario. On June 1, Pele said that “due to continuing weak uranium and rare earth prices, Eco Ridge remains uneconomic and offers limited short or mid-term benefit to shareholders.” The company said it sold Eco Ridge to an unnamed purchaser for $380,000.
Pele is planning to focus on lithium, and has signed a letter of intent with Energi Group. Pele will be the North American marketer for Energi’s direct extraction process, which recovers lithium from brine, and Energi will acquire a 85-percent interest in Pele in return.

Surviving in a depressed uranium market is not the only concern for uranium firms. Companies in the uranium space are also navigating a global landscape where not all views on nuclear energy are positive.
While many countries, such as South Africa, are ramping up their use of nuclear power, South Korean President Moon Jae-in said this week that he will “will abolish [South Korea’s] nuclear-centred energy policy and move towards a nuclear-free era.” He added, “[w]e will completely scrap construction plans for new nuclear reactors that are currently under way.”
Also this week, Western Australia’s ban on uranium mining came into force. While the news has been met with dismay, one bright spot is that the four uranium projects that have already gained approval in the state will be allowed to proceed. They are Cameco’s (TSX:CCO,NYSE:CCJ) Kintyre and Yeelirrie projects, Vimy Resources’ (ASX:VMY) Mulga Rock project and Toro Energy’s (ASX:TOE) Wiluna project.
Western Australian Mines and Petroleum Minister Bill Johnston said he is not able to discuss the legal advice the state received, but did note, “we were told there may be no limit to the amount of compensation that is potentially payable” to the companies involved if the uranium projects were canceled. Johnston told ABC he is unsure if any of the projects are close to being commercially viable.
In addition, it’s worth noting that despite the current low price environment some uranium firms have seen large share price gains year-to-date. Click here for a list of five TSX- and TSXV-listed uranium stocks that are up so far this year.
Don’t forget to follow us @INN_Resource for real-time news updates!
Securities Disclosure: I, Melissa Shaw, hold no direct investment interest in any company mentioned in this article.