A uranium trade partnership with Australia, home to 27 per cent of the world’s uranium reserves, offers a strategic opportunity for Russia as it seeks to dominate the global nuclear industry. 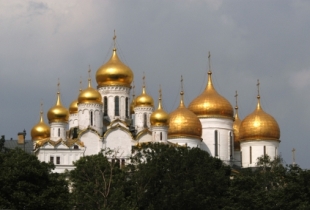 Against the advice of the Australian Federal Parliament’s treaties committee, the Rudd government is going forward with an agreement to allow sales of uranium to Russia. Despite fears that Australian yellowcake could fuel nuclear weapons, the government says it’s confident that won’t happen; a claim the Opposition Party is quick to refute.

The agreement was originally signed back in 2007 under the Howard Administration while Vladimir Putin was Russia’s President. Parliament has yet to ratify it, but it is expected to pass.

A uranium trade partnership with Australia, home to 27 per cent of the world’s uranium reserves, offers a strategic opportunity for Russia as it seeks to dominate the global nuclear industry.

Russia, But Not India

The Rudd government’s decision to allow Australian uranium sales to Russia while continuing to ban exports to India is a blatant affront to the Asian nation, says the Liberal Party’s resources and energy spokesman, Nick Minchin.

The Liberal Government under Howard had begun negotiations with India in 2007, but all that went out the window once Rudd came to power. His government’s stance on the issue is that India must first sign the Nuclear Non-Proliferation Treaty before Australia will consider negotiating any uranium sales.

A nuclear trade partnership between Russia and Australia offers the region’s uranium miners access to an ever-growing market as Moscow aggressively campaigns to be the top dog in the global nuclear industry.

“We welcome new opportunities to supply our low-carbon fuel to countries which can use it to reduce their greenhouse gas emissions and to enhance the security of their energy supply,” said, Michael Angwin, Australian Uranium Association chief executive.

Russia currently controls 15 per cent of the global nuclear plant construction and development market, and is determined to grow their share to over 25 per cent. Russia’s state-owned nuclear firm, Rosatom, is competing over Asian nuclear power plant contracts with French and American companies and just signed deals this month totaling $10 billion with India.

Along with supplying the technical know-how and equipment, Russia is also looking to become the world’s top uranium fuel supplier.

“We should actively offer not just construction of nuclear power plants, but a combination of technical services and modernization of the existing plants,” said Russian Prime Minister Vladimir Putin. “We may also undertake nuclear fuel supplies and utilisation. Rosatom’s share of the international uranium enrichment market is 40 per cent already. The corporation accounts for 17 per cent of nuclear fuel supplies’ market.”

Some analysts are saying we may have seen the bottom of uranium spot prices as the industry’s leading consultancy firms raised their weekly benchmark prices for the first time since October 2009. UX Consulting increased its spot price indicator .50 cents to US$41.25 per pound with TradeTech following suit.

Prices are expected to rise further as demand for nuclear fuel increases, putting pressure on supply levels. While supply still outweighs demand for now, the curtailment in new mine development brought on by the global financial crisis will eventually lead to a turn around in the supply-demand imbalance pushing prices up.