The production of rare earth oxides creates radioactive waste in the form of thorium. This material is considered a liability in the processing of rare earths. However, science is quickly developing ways to use the material as nuclear fuel, either in next generation nuclear facilities, or as a substitute to uranium. There are many benefits to switching to thorium as the main fuel for nuclear power. 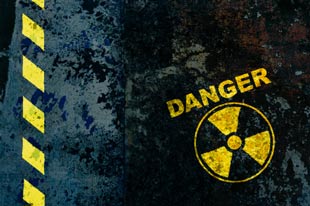 The production of rare earth oxides comes attached with a major problem: radioactive waste. The mining of the rare earths and the processing of the various elements produces large amounts of thorium as a byproduct. This material is radioactive and dangerous to human health. In China, lax environmental laws have allowed the country to build a monopoly in the market. However, now the country is looking to mitigate environmental damage from the production of rare earths, shutting down small mining operations, and raising environmental standards. This has had a dramatic effect on the price of these elements, which is why western companies are looking to produce on their deposits. One such company, Lynas Corporation (ASX:LYC) is building a processing plant in Malaysia that is coming under fire as concerns about the disposal of thorium and the effects on the local population mount. There is a possibility that this liability could become a resource of rare earth mining companies, as thorium can be used as fuel for nuclear power.

“The 800-pound gorilla in every rare-earth venture’s room, was the radioactive thorium- and/or uranium-bearing waste that will be generated by the extraction, separation, and refining operations,” stated rare earth expert, Jack Lifton.

The concentration plant that Lynas is building in Malaysia is planned to be finished in September and has the ability to process 11,000 tonnes of oxide per year. Residents in the area around the plant are concerned that the plant may have the same devastating effects as the Mitsubishi rare earth plant, which has been attributed to Leukemia outbreaks. Mitsubishi is now engaged in a $100 million dollar cleanup of the site.

Dr. Matthew James, Lynas’s Director of Corporate Communications stated that “the raw material from Mount Weld has thorium levels 50 times lower than the tin tailings used in the old Mitsubishi plant and the concentrate shipped to Malaysia will be “safe, non-toxic and non-hazardous.”

The company has plans for the disposal of thorium, involving the mixing of thorium with lime, to dilute the material. Then the diluted thorium would be encased in concrete to be used as artificial reef systems and sea walls. The company could, however, be missing an opportunity to turn their waste into a resource, as nuclear fuel.

Scientists have been working on using thorium as nuclear fuel as opposed to uranium because of the associated benefits . First, thorium is more abundant, easier to mine, and because is a byproduct of mining such things as rare earth oxides. Secondly, spent uranium fuel has to be used to start the nuclear reaction when using thorium. And lastly, because thorium is impractical to make nuclear weapons, the threat of proliferation is greatly reduced.

“A thorium-based reactor cannot start by itself, as the metal must first be bombarded with neutrons to transform into uranium-233, which is a fissionable material. This means existing nuclear waste can be used in the start-up function and burned up in the process,” reported James Kitler.

Current nuclear reactors would have to be modified to run off pure thorium, however, companies are working on thorium-uranium rods as a direct replacement. The benefits of the switch to thorium are massive, environmental and safety concerns with spent fuel are mitigated by decades not centuries, the material is cheaper and more abundant that uranium while not subject to supply shortages of uranium.

The impending nuclear meltdowns in Japan after the horrific earthquake and tsunami could be a double-edged sword for the industry. On one hand, the move to thorium would make operations slightly safer. However, if a meltdown were to occur,  all planned future nuclear power facilities would be jeopardized. If thorium takes off as a nuclear fuel, rare earth mining companies would be smart to start stockpiling the it instead of looking for ways to safely dispose of the material.

EV Infrastructure in the US the Next Challenge for a Growing Industry
What Was the Highest Price for Copper?
Top Rare Earth Reserves by Country
10 Top Copper-producing Companies