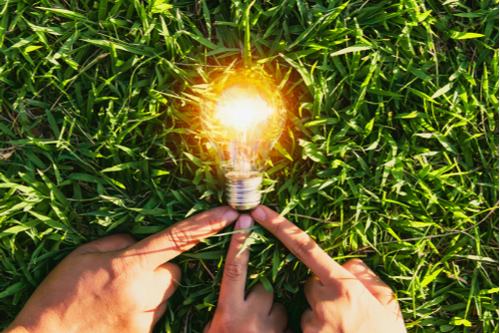 Aside from generating energy that can be converted into electricity, SMRs have a variety of potential applications.

Most people instantly think solar and wind as the primary clean energy alternatives, but a growing case for nuclear energy is emerging, highlighting the potential atomic energy can provide as the world shifts from fossil fuels.

In part one of the Investing News Network’s “Putting the New in Nuclear” series, we looked at a niche segment of the nuclear sector, small modular reactors (SMR). Despite being miniature reactors, SMRs can generate up to 300 megawatts electrical (MWe) while producing no carbon emissions.

Aside from generating energy that can be converted into electricity, SMRs have a variety of potential applications, making them worthy of inclusion in the clean energy conversation.

Canada, as well as several other countries, have launched initiatives to explore the various ways SMRs can be used to reduce carbon footprints and supply steady energy to remote areas.

The SMR Roadmap, Canada’s national small-scale nuclear strategy, estimates the value of domestic sector to be C$5.3 billion between 2025 and 2040 alone. Globally, that number jumps to C$150 billion.

While other countries like Australia mull over the potential nuclear energy in various sizes may offer, Canada has a chance to pull ahead and be a leader in the sector, and the country could play an instrumental role in the rollout of SMRs.

According to a recently released international survey, Canada ranks number one as the world’s preferred supplier of oil and natural gas. Respondents rated the nation highly on its innovation as well as its “use of cutting-edge technology aimed at minimizing environmental impacts,” both of which can be said of SMRs as well.

Paul Murphy, a project finance lawyer by trade and energy sector participant, is a proponent of SMRs, pointing to the versatility they offer. Murphy has been involved with the United States and Canada’s SMR space for a number of years, and hosted a seminar on mining applications for SMRs at the 2019 Prospectors and Developers Association of Canada conference.

Over the years of his involvement, he has watched SMRs inch closer to becoming a commonplace reality. He credits increased government involvement with helping propel the sector thus far.

“The biggest change is just getting closer to having something that you might actually be able to buy. You’re seeing more activity and more government support,” said Murphy.

“Obviously, what Canada is doing through the SMR road map and what they’re trying to do in Chalk River, it just seems like there’s more activity in the space going from really just nuclear engineers trying to come up with the next great idea to now, I think government’s starting to see the applications and the needs and throwing more support behind that, whether it’s Canada, the UK, the US. I just think you’re seeing more government activity in the space, which is obviously very important to the overall success of SMRs.”

Canada’s position as the second largest producer of uranium, the fuel used by SMRs, can be leveraged in the country’s widespread and international SMR rollout.

As Murphy noted, the notion of Canada and uranium is a more palatable conversation than uranium and some of the other countries in the world.

“Maybe Canada doesn’t have quite the effect or the reaction that some other countries might have if they’re promoting the technology where there may be a backlash,” he said. “For clinical reasons, Canada might have a softer approach that doesn’t have that political overlay to it that maybe other countries in promoting the technology would have and that could be very helpful for the conversation.”

Finding ready solutions to address the global climate crisis is paramount; however, many countries are dragging their feet in terms of actually implementing strategy. That’s where SMRs can be especially useful. Unlike other forms of non-renewable resources that emit pollution, nuclear energy is carbon free.

As Neil Alexander, president at Bucephalus Consulting, pointed out, the climate crisis is one that needs to be tackled by a global approach.

“I think greenhouse gases is the first time the world has had a pollution where you can’t solve it by solving your own problems. You actually have to work internationally in order to get the solution. People have not adapted to that change that the world has to put itself through because we are still trying to deal with the problem as though it’s a national problem,” said Neil Alexander.

While demystifying SMRs will be key in getting the technology out there, understanding the vast potential compact nuclear offers is also an important selling point.

Beyond creating power to generate electricity, SMRs can play a pivotal role in countries such as Canada and the UK that are ramping up green energy production.

SMRs can also provide on- and off-grid heat and power ideal for heavy industry such as mining and oil excavation.

“Well there’s a whole host of applications, so for example, you have on-grid applications and people are talking about how coal plants are retiring, with SMRs being a great replacement for coal plants,” noted Murphy. “Then you have the off grid that tends to focus on remote communities. Then you get into things like desalination, hydrogen production, district heating, mining. I think the most interesting application is global desalination.”

As Murphy pointed out, SMRs may be able to revolutionize the way remote communities in Canada’s northern regions and secluded communities globally regain autonomy and are offered affordable energy solutions.

Many of these remote communities are dealing with a variety of energy-focused problems, from generating electricity to providing light and heating to powering water filtration plants in order to offer residents clean drinking water.

Currently the majority of these areas rely on expensive and precarious shipments of diesel to fuel their grids.

Clean water scarcity continues to be a primary problem. According to Water.org, 844 million people globally — or 1 in 9 people — lack access to clean water.

“I think that solving the power and water conundrum for the developing world really starts to put an emphasis on SMRs,” said Murphy. “I think the other one that’s probably more challenging, more politically sensitive is when you look at the transportation sector.”

For Murphy, the natural solution to much of the pressure the oil and gas industry is facing in terms of transportation and pollution can be addressed with the integration of SMRs.

“Then you think for the largest cargo ships, tankers, and LNG carriers and all these things putting a small reactor on these vessels will be tremendous,” noted Murphy.

Both types of nuclear offer an alternative to coal use, which is increasingly being phased out in industrialized countries.

As Murphy explained, it’s about understanding a country’s specific energy needs now and into the future to figure out whether large or small scale nuclear is the right option.

“You look at Poland where they’re trying to get off coal. They’re the sixth-largest economy in Europe. They need large reactors,” he said. “Now, in other countries, the more developing countries, they’re in a different position. And I think that’s where SMRs give you more optionality, and then of course because of the size, some of the applications, such as remote generation. Large reactors aren’t going to work for northern communities in Canada. It’s not even under consideration but a small reactor could be used. And so you’re opening up the possibility of various applications that may not exist with the larger ones.”

As election season in both Canada and the US begins to hit fever pitch, residents on either side of the border are raising concern over the state of the environment. However, few concrete measures are being implemented globally, a situation that must change.

While SMRs may not be the answer to every environmental or energy issue plaguing the planet, they are a viable option and one that should be entertained if we plan to take serious action to protect and restore the earth.

“I’ve seen a lot of what I call ‘red wine solutions,’” explained Alexander. “You get home at the end of the evening, you’ve had a bad day, you have a glass of wine and suddenly it doesn’t seem like such a bad day, but the next morning nothing’s changed. Right?”

Moving out of the brainstorming and debating phase into the application stage is key right now.

“There’s way too much investment in red wine solutions and not enough into action or bringing about an outcome that’s going to be helpful,” he said.