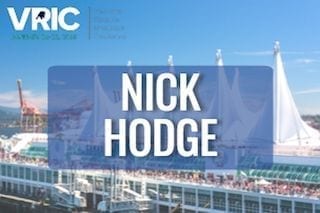 At the end of 2017, production cuts from Kazatomprom and Cameco (TSX:CCO,NYSE:CCJ) left uranium companies and investors with hope for the downtrodden sector. Uranium prices and stocks have ticked upward, and optimism is much higher than it has been for some time.
But is there still time to jump into the sector before it really starts to move? According to Nick Hodge, founder and president of the Outsider Club, there’s plenty — for now.
“You haven’t missed anything yet,” he said at the recent Vancouver Resource Investment Conference. “I gave a talk here about uranium two years ago, [when] the sector was down 90 percent. Here we are with all these catalysts and production cuts, and the sector’s only down 88 percent — so you haven’t missed that much. Stay tuned, there’s more to come for uranium.”
In terms of how to get exposure to the sector, Hodge pointed to major producers such as Cameco and Denison Mines (TSX:DML,NYSEAMERICAN:DNN), as well as companies with big assets, including Fission Uranium (TSX:FCU) and NexGen Energy (TSX:NXE,NYSEAMERICAN:NXE). He also noted that Uranium Energy (NYSEAMERICAN:UEC) and Energy Fuels (TSX:EFR,NYSEAMERICAN:UUUU) are the largest American producers of uranium.
Watch the video above for more insight from Hodge on uranium prices, supply and demand. The transcript for this interview is available below.

Get My Free Report
INN: Last time we spoke was back in October — we talked about uranium, and you said prices need to rise soon. Since then, we’ve seen production cuts in Kazakhstan and from Cameco. Can you tell me how that’s changed the uranium price landscape?
NH: I think last time we talked I said that there were going to be some production cuts soon, and they in fact materialized the day you published that interview.
INN: Yes.
NH: Since that time, we’ve seen Kazatomprom, which is of course the state-owned arm of Kazakhstan, announce supply cuts — 20 percent over the coming years, which is going to take a large chunk of supply off the market. We’ve seen Cameco do the same, they announced they were going to scale back production at McArthur River, which is the largest uranium mine in the world.
I think that was one of the catalysts the entire sector had been looking for. There’s been a lot of secondary supply on the market, and [by] taking some primary supply off the market, we saw two things happen. We saw the spot price of uranium tick up a couple of dollars, from $21, $22 when it happened to over $24 dollars a pound, so that’s a good thing. And we also saw on the back of that uranium equities rise some 20 to 50 percent. That goes to show you what I was talking about in our interview — [when] uranium goes up a little bit, how high the related equities go.
INN: Will we see more of that happening this year? Will that continue to build?
NH: In what respect?
INN: In terms of stocks gaining momentum, prices gaining more momentum.
NH: I think what you’re going to see is … Kazatomprom coming to trade this year. They’re going to have an IPO, and this would be like if Saudi Arabia — which in fact they’re doing too — was to IPO their oil production. It’s a big deal in the global market and no one’s paying attention to it. I think Kazatomprom wants their IPO to go well, and so they’re going to buoy the price of uranium to help buoy the price of their stock when it IPOs, and also to make sure they have robust cashflows. I think they’re going to do everything in their power as the largest global producer, some 40 percent of global supply … I think they’re going to do everything in their power to help the price of uranium go up.
INN: Can you tell me a little bit about demand? Uranium has been a very supply-side story, but what about demand?
NH: I think Morningstar has said that nuclear demand, uranium demand is going to go up 40 percent by 2035. There’s a shortfall right now — the world needs something like 172 million pounds of uranium a year, we produce 160 million pounds. We’ve been making up the difference on a couple of things: the Department of Energy (DOE) selling secondary supply, Japan selling some of their supply that they’re not using because their reactors are shuttered. We’ve also been using deep-emission warheads in a program called Megatons to Megawatts with the Russians.

Get My Free Report
The Russian program has now ended, there’s no more Megatons to Megawatts. We have a new administration in DC, Rick Perry is the now the head of the DOE. He stopped the sale of uranium from the secondary supplies of the DOE, and Japan is now restarting their new nuclear reactors, so they’re working through the stockpiles that they have and they’re not selling them into the open market anymore. And so we’re taking that secondary supply out, and now the mines have got to make up the difference. That’s really what we as investors have been waiting for — because there’s a lot of uranium in the world, there’s just not a lot of uranium mines.
INN: For investors, what should they be doing right now? How should they get into this?
NH: There’s not really a lot of ways to invest in uranium, which is why it’s kind of exciting. There’s an ETF that trades under the ticker URA, and holds probably most of the publicly traded uranium equities in the world. I mean, you can count the viable uranium companies in the world with this many fingers. There’s not that many of them, there’s less than a dozen. So you look at Cameco, you look at Denison Mines. Those are the two biggest producers in the world. [And] then you look at companies that have big assets — companies like Fission Uranium, companies like NexGen Energy. In the US there are two companies that are active producers: Uranium Energy and Energy Fuels … they’re the largest American producers of uranium.
And if I could go on a tangent for a second, the US market is very, very precarious because they need 47 million pounds a year of uranium, and they produce less than 2 million pounds. That makes them more than 96-percent reliant on foreign sources of uranium; if you remember when we were 60-percent reliant on foreign sources of oil, people were up in arms. But no one’s saying anything about uranium. Especially at a time when all of that uranium we’re importing comes from Russia and Russia-controlled companies like the “stans.” I think you’re going to see that come to the fore more and more.
INN: Do you think the US government will be interested in taking action to fix that?
NH: In fact, I think they already are. Like I said, Rick Perry has curbed the sales from the DOE. I know Amir Adnani, the founder of UEC, has been to DC to talk personally with Rick Perry. The administration is very sympathetic toward bringing commodities online from domestic sources.
INN: Anything else investors should know about uranium market?
NH: Just that it’s explosive, and that you haven’t missed anything yet. I gave a talk here about uranium two years ago, [when] the sector was down 90 percent. Here we are with all these catalysts and production cuts, and the sector’s only down 88 percent — so you haven’t missed that much. Stay tuned, there’s more to come for uranium.
Don’t forget to follow us @INN_Resource for real-time news updates!
Securities Disclosure: I, Charlotte McLeod, hold no direct investment interest in any company mentioned in this article.
Editorial Disclosure: The Investing News Network does not guarantee the accuracy or thoroughness of the information reported in the interviews it conducts. The opinions expressed in these interviews do not reflect the opinions of the Investing News Network and do not constitute investment advice. All readers are encouraged to perform their own due diligence.
Energy Fuels is a client of the Investing News Network. This article is not paid-for content.

6 responses to “VIDEO — Nick Hodge: It's Not Too Late to Invest in Uranium”