Here’s a look at what Marin Katusa said about uranium market trends during his talk at Canvest 2015. He believes investors can use those trends to hone in on good companies to invest in. 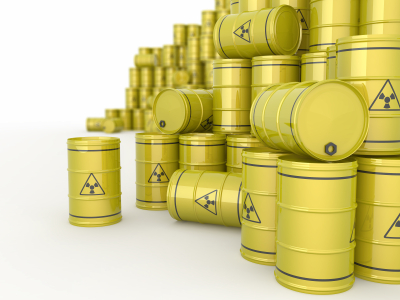 Marin Katusa, former chief investment strategist at Casey Research and recent founder of Katusa Research, is very well versed in the energy sector. It’s thus no surprise that those interested in the oil, gas and uranium spaces made sure to listen in on his keynote presentation at the recent Canadian Investor Conference.

Here’s a look at what he said about uranium market trends during his talk, and how he believes investors can use those trends to hone in on good companies to invest in.

Katusa told investors that when looking at uranium companies, the two areas they really need to focus on are Canada and the US. ”Do you really think that a junior mining company in Canada has a chance in Africa or in Russia, where you compete with the Chinese and the Russians who don’t follow the rules or laws that the Canadian or American securities rules follow? Not a chance,” he quipped.

Looking at what North American uranium companies have going on, Katusa said that the “Athabasca Basin is all about ‘grade is king,’ and the Southwest US is all about low-cost in-situ recovery (ISR).” One tip he gave is to keep an eye on reclamation costs when it comes to ISR.

In terms of producers, Katusa believes it’s also important to keep an eye on reserve life index (RLI), which provides a measurement of the life span of a company’s assets. In a report on his website, he states that RLI can be calculated by “look[ing] at total reserves divided by nameplate capacity.”

Explaining further, Katusa said, “when you are invested in a company and they bring something into production, and you are depleting your reserves in a low market and you hedge yourself, you have zero upside. That is why I have been saying for years to stay away from these hedge producers in a bad market.” He added, ”why be hedged in an underfeeding market where you are depressed? I think it is the stupidest thing that all of these producers have been doing.”

Furthermore, because of the current bad market, some producers are not only hedging their reserves, but also taking from the highest-grade portion of their mines. ”In a bad market like this, do you think they are producing their lowest-quality stuff, or do you think the times are tough? Because they have to produce and meet the hedge, they are producing from their best assets,” he stated.

Katusa added that while all the US producers agree with him, they claim bankers want them to produce. His answer? “Who cares what the bankers want — it is shareholders who are going to suffer.”

All of that said, Katusa does like some uranium plays, and in closing provided insight into the ones he’s got an eye on.

Speaking about Cameco (TSX:CCO,NYSE:CCJ) and Fission Uranium (TSX:FCU), Katusa said that both have done a good job on their respective projects. “If you want a low-risk way to play uranium, Cameco is the way to go,” he said, adding, “Cigar Lake, I still have questions about the structure of the rock. I don’t own the stock and I think there are better ways to play it, but they have done a good job. They will not let analysts in Cigar Lake and that’s a question that I have.”

He also referred to the Rea uranium project, which is a joint venture between Brazil Resources (TSXV:BRI) and AREVA Resources Canada. The project just received authorization from the Alberta Department of Environment and Sustainable Resource Development for a proposed drill program. ”Nobody is talking about it, but it is some of the highest-grade uranium ever drilled in the world. It’s AREVA’s high-grade Maybelle deposit. I think there is going to be a big play on the Alberta side. And with the government change, you’re going to want to make a move,” said Katusa.

Overall, Katusa believes that buying a stock with a lot of liquidity is essentially the way to go, and when it comes to uranium juniors, Uranium Energy (NYSEMKT:UEC) is number one in terms of liquidity. ”It actually has so much liquidity that if you add up every one of its peer producers and … see how much liquidity they have combined, [Uranium Energy] still has 200 percent more liquidity,” Katusa said. “Hence why George Soros bought into UEC, [and] Lee Ka-Shing, the Warren Buffet of Asia, bought into it.”

While it’s clear Katusa sees issues within the uranium space, it’s also clear that he believes in the potential of companies in North America. That’s certainly a bright spot for investors waiting for the price to improve.