Uranium Energy has been granted all permits for the planned expansion of its Texas-based Palangana ISR mine. It is now fully permitted for extraction in new resource areas. Additionally, it received disposal well draft permits for its Burke Hollow ISR project, also in Texas. 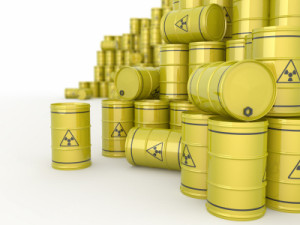 Uranium Energy (NYSEMKT:UEC) had a busy Wednesday, announcing that it’s been granted all permits for the planned expansion of its Texas-based Palangana ISR mine and is now fully permitted for extraction in new resource areas. Additionally, it received disposal well draft permits for its Burke Hollow ISR project, also in Texas.

The Palangana mine area has been increased from 6,200 acres to 8,722 acres, and now includes Production Area-4 (PA-4). To date, 296 drill holes have been completed inside PA-4, and they indicate three mineralized trends.

Explaining why Uranium Energy needed to bring PA-4 into the fold, David Talbot of Dundee Capital Markets states in a research note, ”[t]hey weren’t drilled out when purchased from Uranium One, but now PAA 4 is defined by 296 drill holes. By leveraging existing mine infrastructure, it should be cheap to bring online quickly. Well field design is underway. PAA 5 still needs final permits, but it’s already within the Mine Permit.”

He also notes that the three mineralized trends in PA-4 “show unusually high grade for ISR mining as the roll fronts are more robust and show better confinement.”

According to Talbot, Dundee accounted for PA-4 in its previous model for annual production numbers for the project; as such, the firm still believes it will put out 400,000 pounds per year. However, Dundee has now doubled its grade assumptions for Palangana, bringing the average grade up to 0.2 percent U3O8. The firm has also lowered its cost expectations from $35 per pound down to $28. Furthermore, it’s now added Production Area-5 (PA-5) to its model — that should represent a three-year extension to Palangana’s mine life assuming both PA-4 and PA-5 bring in 2 million pounds.

As mentioned, well field design is underway and is currently being finalized in preparation for instalment of the first module in the new production area. David Chang of Cantor Fitzgerald, who released his own note on Uranium Energy’s news, estimates that it will cost $1 million to install a well field in the PA-4 area.

As for the Burke Hollow project, the disposal well draft permits are its first key pre-extraction permits. Uranium Energy is still waiting on a mine permit and aquifer exemption, both of which have advanced to the technical review stage with the Texas Commission on Environmental Quality (TCEQ), as per a company press release from October 2014.

Chang states in his note that the issuing of the disposal well draft permits signals the conclusion of a successful technical review, explaining that it’s traditionally been difficult to obtain deep disposal well permits in the ISR space in the US.

“At present, the mine permit and aquifer exemption applications for the project remain in the later stages of technical review with the TCEQ,” Chang notes. “We view this is as notable feather in the cap for UEC to receive a draft disposal well permit this early as we have noticed that this particular permit tends to be among the most difficult to obtain for U.S. ISR miners. This speaks either to the quality of the project, the quality of management, or perhaps both.”

Talbot agrees that obtaining these first permits is a major de-risking factor for the project and states in his note that permitting is further along than expected, “showing this as a bonafide near-term project.”

He also points out that the resource at Burke Hollow is expected to increase significantly from the current 5.12 million pounds at 0.09 percent U3O8. The goal is 20 million pounds, and Dundee sees that as realistic as only half of the large property has been explored. Talbot also believes there is potential for the life of mine and production rate for the project to increase.

Uranium Energy’s share price reacted favorably to Wednesday’s news, going up by 3.45 percent to hit $2.70 by the end of the day.