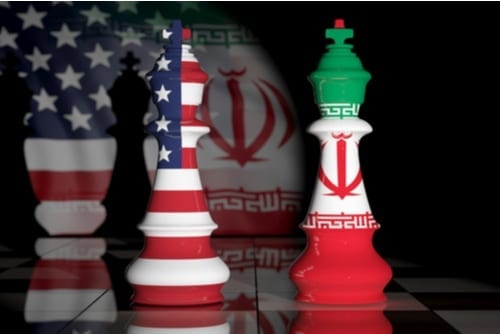 The sanctions imposed by the Trump administration after Washington pulled out of the Joint Comprehensive Plan of Action have impeded Iran’s ability to sell its oil abroad.

The Islamic Republic of Iran says it will increase the amount and grade of enriched uranium it produces if US sanctions against the nation are not lifted.

The sanctions imposed by the Trump administration after Washington pulled out of the 2015 Joint Comprehensive Plan of Action (JCPOA) have impeded Iran’s ability to sell its oil abroad.

The oil sector is one of Iran’s largest economic drivers, and the country’s inability to export its crude has impacted the entire country.

According to Reuters, Iran has given Europe 60 days to salvage the JCPOA or Tehran will further breach the enrichment protocol and exceed stockpiled mandates.

“This third step (away from the mandate of the JCPOA) may not appear very dramatic but it is at heart extremely significant. I think the third step will be the most important one we take the effects of which will be extraordinary,” Iran President Hassan Rouhani said on Wednesday (September 4).

This latest declaration from Rouhani comes after French officials offered to extend a US$15 billion credit line to the oil-producing nation if it agrees to fall in line with the pact; however, the deal would be contingent on the US approving of the credit line.

“Our return to the full implementation of the nuclear accord is subject to the receipt of US$15 billion over a four-month period, otherwise the process of reducing Iran’s commitments will continue,” reported Iran’s “semi-official” news agency Fars.

Despite playing a major role in Iran’s plans to enrich uranium past sanctioned levels, Washington has remained relatively tightlipped amid recent developments.

Iran on several occasions has denied that it plans to use enriched uranium for nuclear weapons.

The Atomic Energy Organization of Iran outlines the country’s stance on the weapons on its website, stating: “The Islamic Republic of Iran regards use of nuclear and chemical weapons as a cardinal and unforgivable sin.”

However, on the same page the agency seems to take issue with the US’ policing of nuclear fuel, and points to the potential that clean energy can offer a world struggling with climate change and greenhouse gas emissions.

“All nations should be able to use this clean energy for vital uses in the country and for the people. They need not be dependent on others in exercising this right. Certain western countries that unlawfully possess nuclear weapons want to keep the monopoly of nuclear fuel production for themselves,” it says.

Relations between Iran and the US have been deteriorating since mid-2018, when US President Donald Trump pulled his country out of the multi-nation pact and then slammed Iran with strict sanctions, removing the nation’s oil from the global market.

While Iran has continued to up its uranium levels, the country’s current enriched stock is far below the tonnes of nuclear fuel it had on hand pre-deal. Also, the uranium that is being enriched is still below the 20 percent it was at before the 2015 pact, and significantly lower than the 90 percent needed to be considered weapons grade.