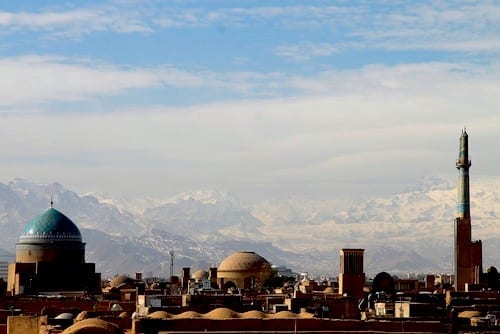 Iran has stockpiled more than 300 kilograms of low-enriched uranium, breaching terms of the JCPOA signed in 2015 that the US withdrew from in 2018.

The United States and Israel have swiftly condemned news that Iran has breached the terms of the 2015 Joint Comprehensive Plan of Action (JCPOA) by enriching more than 300 kilograms of uranium.

News that the country had gone over the uranium stockpile limit came from Iran itself, with foreign minister Javad Zarif saying on Monday (July 1) that because Iran wasn’t benefiting economically from the deal, it was free to increase its stockpiles of low-enriched uranium.

As part of the JCPOA, the EU was obliged to remove economic and financial sanctions, with the removal of sanctions and re-integration of Iran into trade frameworks the key driver behind its cooperation is dismantling its nuclear program.

Zarif said on twitter that Iran was not breaching the JCPOA, arguing that because other signatories were failing their obligations to limit sanctions on Iran, it was free to enrich and stockpile uranium until the other signatories abided by the JCPOA.

“Iran is committed to the full implementation of the JCPOA … as long as E3/EU implement THEIR economic commitments,” he said.

“So moving forward, Iran will comply with its commitments under the JCPOA in exactly the same manner as the EU/E3 have — and will — comply with theirs.”

He also said that if the E3 carried through their obligations through the deal, Iran would reverse its enrichment program, signaling that the country’s enrichment of more than 300 kilograms is a tactic to force more action by Europe to lift sanctions faster.

The E3 refers to the powerhouses of the European economy: France, the UK and Germany, with French diplomats saying that France was not looking to impose sanctions yet and that there was still room for dialogue.

Meanwhile, the United States was quick on the draw, with President Donald Trump saying Iran was playing with fire.

In a statement from the White House, the administration accused Iran of violating the terms of the deal before it was even drawn up.

It added that “maximum pressure on the Iranian regime will continue until its leaders alter their course of action,” and that it was a mistake to allow Iran to enrich any uranium at any level.

The United States withdrew from the JCPOA in 2018, with Donald Trump following through with sustained criticism of the deal, which was signed under his predecessor.

“This was a horrible one-sided deal that should have never, ever been made,” said Trump at the time. “It didn’t bring calm, it didn’t bring peace, and it never will.”

The US and Iran have been ratcheting up tensions in recent weeks, with Iran admitting to shooting down a US military drone, and the US accusing Iran of having a part in the bombing of two oil tankers in the Strait of Hormuz.

Another signatory of the JCPOA, China, promptly blamed the US for Iran’s actions regarding uranium enrichment, saying that American actions were the “root cause” for the current situation.

Elsewhere on the sidelines of the deal, Israeli leader Benjamin Netanyahu also chipped in, telling European signatories on the JCPOA that they had committed to act “the moment Iran violates the nuclear agreement” by triggering automatic sanctions.

The United Nations’ International Atomic Energy Agency has confirmed that Iran had breached the JCPOA. No detail has been given on how much enriched uranium Iran has stockpiled except that it is more than 300 kilograms.

The 300 kilogram limit applies to low-enriched uranium, which is 3.67 percent enriched. This is the level required for civilian nuclear power.

For Iran to have enough uranium to assemble a nuclear weapon, it would need much more uranium enriched at a significantly higher level, though according to the Associated Press, the nation has previously possessed higher-enriched uranium and has the capability to proceed with developing its nuclear program.