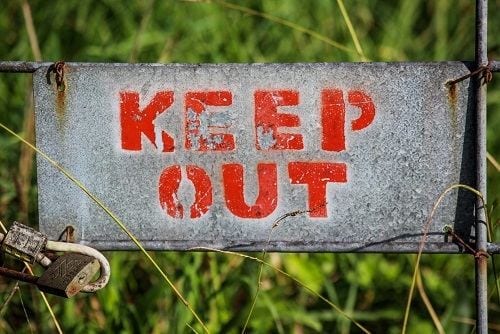 Last year, the Trump administration pulled out of a 2015 Obama-era nuclear deal between the US, Iran, China, France, Russia, the UK and Germany.

Tensions between the US and Iran escalated over the weekend, prompting the White House to send an Air Force bomber crew and an aircraft carrier strike group to the Middle East.

“(The US deployments are expected) to send a clear and unmistakable message to the Iranian regime that any attack on United States interests or on those of our allies will be met with unrelenting force,” reads National Security Advisor Ambassador John Bolton’s statement.

Last year, the Trump administration pulled out of a 2015 Obama-era nuclear deal between the US, Iran, China, France, Russia, the UK and Germany. The agreement had eased and lifted stringent economic sanctions on Iran conditional on the country reducing, eradicating and complying with strict nuclear energy regulations.

Since America left the pact, Iran has threatened to move ahead with its prior uranium enrichment activities, a move the US views as extremely hostile.

“Starting May 4, assistance to expand Iran’s Bushehr nuclear power plant beyond the existing reactor unit could be sanctionable. In addition, activities to transfer enriched uranium out of Iran in exchange for natural uranium could be sanctionable. Iran must stop all proliferation-sensitive activities, including uranium enrichment, and we will not accept actions that support the continuation of such enrichment.”

Sanctions in the region were also a topic of focus last month when the American government announced plans to no longer waive economic penalties against nations that continue to import Iranian oil.

The proposed actions against importers of Iranian crude are the result of Trump exiting the nuclear agreement, but have been yet to be enforced.

China, one of the eight countries that continues to buy energy fuel from the Middle Eastern nation, is also battling the Trump administration regarding tariffs on billions of dollars of goods.

While the US has seemed less steadfast in its oil and gas sanctions, the country is resolute in prohibiting nuclear capabilities in Iran.

“The United States will continue to impose maximum pressure on the Iranian regime, and remains committed to denying Iran any pathway to a nuclear weapon.”

One response to “US Exerts “Maximum Pressure” with Iranian Nuclear Sanctions”