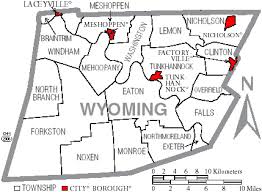 Energy Fuels has been granted approval to make major revisions to the existing mining permit at its Sheep Mountain project.

Energy Fuels (TSX:EFR,NYSEMKT:UUUU) received some exciting news on Wednesday when the State of Wyoming granted it approval to make major revisions to the existing mining permit at its Sheep Mountain project. The revisions include expansions of surface and underground mining.
Receiving that approval is a major milestone for the company, as the project is one of the largest uranium development projects in the US and has been shut down since Western Nuclear operated there from 1956 to 1988. According to a preliminary study from April 2012, the project contains 30.3 million pounds of uranium contained within 12.9 million tonnes of indicated mineral resources at an average grade of 0.1117 percent eU3O8. Sheep Mountain is also one of the only uranium projects in the US that contains reserves.
“With over 30 million pounds of uranium resources, the Sheep Mountain Project is one of the largest and most important uranium projects in the U.S. Receipt of the mining permit is a key achievement for Energy Fuels, as we work to ready this project for mining,” Energy Fuels’ president and CEO, Stephen Antony, said in a press release.
In order to move the project into production, the company must first receive a final environmental impact statement from the US Bureau of Land Management; Energy Fuels expects that to happen by mid-2016. The company will also have to put in a facility to process the ore from the property, and has been evaluating processing options, including the permitting and construction of an onsite heap-leach facility. Another option the company has considered is using an existing third-party milling facility in the region.
Regarding that choice, David Talbot of Dundee Capital Markets said in a note Thursday that if the company builds its own onsite heap-leach facility it will mean receiving approvals, which could take two to three years.
Talbot believes that if Energy Fuels uses an existing third-party facility, it will likely be the Sweetwater mill, which is located about 40 kilometers south of Sheep Mountain. The mill, currently owned by Rio Tinto (ASX:RIO,NYSE:RIO,LSE:RIO), is on care and maintenance and is fully licensed and in good condition. However, it will likely need some refurbishment as it operated in the 1980s. Talbot believes that this option would likely be the shortest path to production as permits are already in place; even so, whether it pans out will depend on if the two companies can come to an agreement that is still economical for Energy Fuels.
Talbot also pointed out that the company is considering an alternative mining plan that contemplates an open-pit mine that will be converted to underground production after its fourth year; he said it is a lower-capital option.
“This may be more palatable given current market conditions. We model 17 million pounds production over 11 years with start up in late 2016. Unless toll milling arrangements are made shortly, then timelines would likely be pushed back,” he explained.
At end of day Thursday, Energy Fuels’ share price was up 7.13 percent, having closed at $5.71.

Securities Disclosure: I, Kristen Moran, hold no direct investment interest in any company mentioned in this article.
Editorial Disclosure: Energy Fuels is a client of the Investing News Network. This article is not paid-for content.