Denison Mines continues to expand the size of its Wheeler River project in the Athabasca Basin. Results released Monday reveal a new zone of high-grade mineralization. 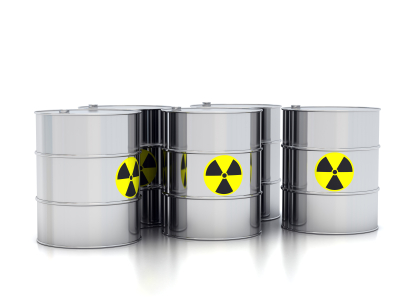 Denison Mines (TSX:DML,NYSEMKT:DNN) continues to expand the size of its Wheeler River project in the Athabasca Basin, and results released Monday reveal a new zone of high-grade mineralization.

This new zone is the third area of interest at Wheeler River, with the others being the Gryphon zone and the Phoenix deposit.

Haywood Securities said in a note, “with the addition of the new zone at the Wheeler River project confirmed in two holes, we expect the headline potential for subsequent holes drilled this winter has increased (as well as for the planned 23 kilometer summer drill program). We continue to like Denison as a way to play the uranium space, with a healthy balance sheet including working capital support for its 2015 exploration program in place.”

Rob Chang at Cantor Fitzgerald also believes the results are positive, and states in a research note that the “project continues to build upon its world class status” by outlining areas of interest at the site.

“Denison continues to grow the Wheeler River project with the discovery of another zone. To date the notable deposits/zones at Wheeler include: Phoenix deposit (70.2 million pounds U3O8 indicated at 19.13 percent and 1.1 million pounds inferred at 5.8 percent), Gryphon zone (intercepts include 21.2 percent U3O8 over 4.5 meters and 15.3 percent over 4 meters), and the newly discovered zone today,” his note reads.

“With 10 of the 22 planned holes complete, Denison has again extended the zone in a down-plunge direction with hole WR-583D2 (2.2 meters grading grading 1.5 percent eU3O8, from 501.6 meters depth and 1.6 meters grading 2.4 percent eU3O8 from 508.2 meters depth). Two holes aiming to expand the zone in the up-plunge did not intersect significant mineralization, however the Gryphon zone remain open both in up- and down-plunge,” Haywood notes.

In terms of what’s next for Denison, its 2015 winter drill program continues at Wheeler River with three drills on site. The focus will be on the new unconformity-hosted zone in the Gryphon area, where drilling will continue until mid-April. Denison also has a 23,000-meter summer drill program planned for Wheeler River. It is expected to start in June.

Denison Mines Receives Assay Results Including 2.2 Percent U308 Over 2.5 Meters at Gryphon

What is Uranium Investing?
Top Uranium Stocks of 2020 on the TSX and TSXV
CanAlaska Uranium: Developing an Exploration Package in the Athabasca Basin
IsoEnergy Completes Review of Winter Drilling Program at the Hurricane Uranium Zone