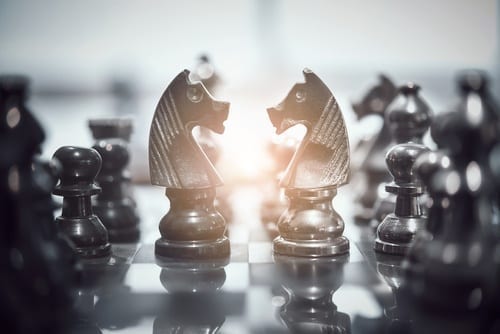 CanAlaska will serve as the majority owner with a 70-percent stake in the venture, and will also take on the role of operator.

CanAlaska will serve as the majority owner with a 70-percent stake in the venture and will also take on the role of operator for the project.

The focus of the newly formed JV will be the West McArthur site, a project located 6 km northwest of Cameco’s McArthur River mine, which temporarily closed earlier this year.

In early December, both companies met to hammer out the details and plan the year ahead.

Both, CanAlaska and Cameco, agreed to focus on extending Grid 5 with a 2019 drill program. The uranium companies also agreed to earmark C$2.4 million for the 2019 exploration budget, which will include the drill program, as well as geophysics testing.

“The program of work will focus on extending the footprint of the three uranium mineralized discovery holes completed in 2017 and 2018,” noted the CanAlaska press release.

The previous test work completed at the site in 2017 by Cameco intersected high-grade uranium mineralizations on the northern portion of the five-kilometer long Grid 5 target area.

“The current reconnaissance drilling has given us mineralized targets for detailed delineation. We look forward to operating the project and drilling to extend the current mineralized zones.”

The Athabasca Basin region of Saskatchewan, home to the West McArthur project, is well known around the world for its rich uranium deposits. The McArthur River mine, which is operated by Cameco a short 6 km away from the JV site, is considered the largest uranium mine in the world.

A number of most lucrative uranium companies operate in the basin, which has been dubbed the “Saudi Arabia of Uranium.”

Top Uranium Stocks of 2020 on the TSX and TSXV
Potash Fertilizers: What’s the Difference Between SOP and MOP?
Uranium Price Steadies as Sector Awaits Mine Restarts
CanAlaska Uranium: Developing an Exploration Package in the Athabasca Basin