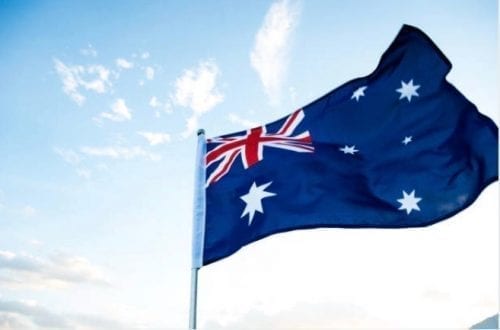 Australia is the world’s third-largest producer of uranium and also hosts the largest endowment of uranium resources in the world.

Australia has to embrace the potential to expand its uranium-mining industry and be prepared for an expansion in nuclear power generation worldwide, the chairman of Energy Resources of Australia (ASX:ERA) said on Wednesday (April 11).

Australia, the world’s third-largest producer of uranium, hosts the largest endowment of uranium resources in the world, making up approximately 29 percent of the global total.

“Australia already has a market for its product,” said Chairman Peter Mansell, adding that there are 25 bilateral nuclear cooperation agreements covering 43 countries to export the country’s uranium oxide.

“Australia should be looking to capitalise on the eventual rebound in demand for uranium oxide and be prepared for an expansion in the nuclear power generating industry, especially in developing countries,” he added.

It’s not the first time Australia has been called on to develop its uranium industry. In January, the Minerals Council of Australia asked the government once again to standardize the legislation and regulation of uranium mining across the country and lift a ban on the development of nuclear power.

In fact, the industry is facing challenges in some Australian states. Last year, Western Australia’s mines and petroleum minister, Bill Johnston, cast doubts on the future of uranium mining after saying that the chances of uranium actually being produced in Western Australia are unlikely in the near future.

Australia has been mining uranium since 1954, but only three mines are currently operating.

Mining giant Rio Tinto (ASX:RIO,NYSE:RIO,LSE:RIO) owns the majority of Energy Resources of Australia, which operates the Ranger uranium mine in Australia’s Northern Territory. The mine produced 2,294 tonnes of U3O8 in 2017, with production guidance for 2018 set at 1,600 to 2,000 tonnes of U3O8 from existing ore stockpiles.

Another operating mine is the Olympic Dam, owned by BHP Billiton (ASX:BHP,NYSE:BHP,LSE:BLT), located in an arid part of South Australia. Its annual production capacity for uranium oxide has been expanded from 1,800 to 4,600 tonnes of U3O8. It also produces copper, gold and silver.

Meanwhile, production at the Four Mile mine is at about 1,000 tonnes of U3O8 per year. The project is 100-percent owned by Quasar Resources, an affiliate of Heathgate Resources, which is in turn a subsidiary of US General Atomics. Four Mile has final processing through the Beverley plant in South Australia.

Gold Price Well Above US$1,600 as COVID-19 Cases Increase
Indonesia: Coronavirus Will Delay US$11 Billion in Projects
Pharma Space Facing Challenges Due to Uncertain Policies
Equinor Backs Away from Great Australian Bight Exploration