A study released by the journal Science last week has brought to light an additional factor for investors to consider when looking at oil and natural gas extraction projects. 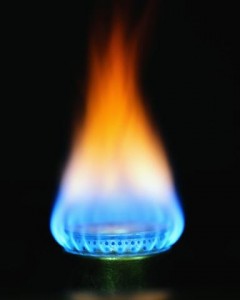 A study released by the journal Science last week has brought to light an additional factor for investors to consider when looking at oil and natural gas extraction projects. Scientific American reported that although scientists have long known fracking operations to cause smaller earthquakes near drilling and extraction sites, the recent study has suggested that wastewater injection could be responsible for much farther reaching and more potentially devastating geological events.

Researchers considered factors such as the physical properties of rocks where waste water is commonly injected and the rates and volumes of liquids at injection sites. They found that a small number of Oklahoma’s wastewater injection sites could have the ability relatively strong earthquakes over long distances,with some quakes occurring as far as 20 miles away from the wells that seem to be causing problems.

That finding gives weight to complaints from Oklahoma residents who say that frequent quakes have shaken their beds and rocked their homes. According to the Associated Press, those living in Oklahoma “are demanding to know whether earthquake swarms that have shaken their homes and their nerves in recent months are caused by oil and gas drilling operations in the area.”

The news outlet spoke to several residents, citing complaints that the earthqaukes had caused cracks in walls and woken people in the middle of the night. As Scientific American wrote, over 230 earthquakes with a magnitude of 3.0 or higher have been recorded in Oklahoma so far in 2014. Before 2008, the annual average for the state was just a single quake.

Geoffrey Abers of Cornell University, a co-author of the study, told the publication, “[i]t really is unprecedented to have this many earthquakes over a broad region like this.” However, Abers also noted that more research would be needed to gain a better understanding of the process, stating, “I think this rate of earthquake increase in the midcontinent is really extraordinary and is continuing, but this isn’t the last word on this in any means. There is clearly something important going on there that we need to keep an eye on and that we need to be trying to understand.”

So what does it mean for you, the investor?

Of course, social license is an issue that resource investors should always consider, whether a company is operating in a mining friendly jurisdiction or not. Seismologist Austin Holland of the Oklahoma Geological Survey was not involved in the study, but stated that his belief to Scientific American that the findings demanded social and political discussion. Not to mention, hundreds of Oklahoma residents have been complaining about earthquakes for years. In that light, it is not far-fetched to speculate that some level of government could pass legislation to limit oil and gas fracking projects in the future if further studies return similar results.

Voice of America spoke with Katie Keranen, professor of geophysics at Cornell University and leader of the study, who commented on what how her group’s findings could impact the oil and gas industry. Rather than hoping for a ban on oil and gas activities, the researcher stated her hope that the study results would inform wastewater treatment and management methods for the oil and gas industry. ”I think that industry can learn basically, what are the largest risks, what are the risk factors for wells for triggering earthquakes, and then design the wells to keep those sub-surface pressures lower to lower that risk of potentially triggering a quake,” she told the publication.

Furthermore, spokesman for the Independent Petroleum Association of America, Shawn Bennett, stated that far from ignoring claims of earthquakes caused by fracking, the oil and gas industry takes the issue seriously and is “actively engaged in studying the problem,” according to Voice of America. He said there are already existing mechanisms to mitigate earthquake risk at wastewater injection sites, and that those in the industry will look at results from the recent study.

“Currently there are regulators from several states including Ohio, where I am from, who have formed the States Induced Seismicity Work Group in order to address this extremely rare occurrence. The oil and gas industry always looks forward to working with them to ensure that the safe production of our oil and gas resources are done in a proper manner,”  he told the Voice.

The key, then, for proactive investors, may be to keep an eye on wastewater disposal practices and choose companies and projects for which earthquake risk is being dealt with in a responsible manner. This will help mitigate any future social or political risk to investments.

4 responses to “What Do Oklahoma’s Fracking-related Earthquakes Mean for Energy Investors?”