With crude prices once again near the $100/barrel level, more and more investors are seeking out oil-producing juniors with high potential. Some of those with land positions in the Viking oil play are fast gaining recognition. 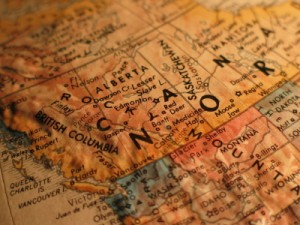 With more and more companies eyeing Canadian oil and gas takeover opportunities, some regions are coming under increased investor focus than others. While the country hosts some of the world’s most impressive energy reserves, one play in particular is gaining a solid reputation among producers.

The Viking oil play, located in central Alberta and spread over most of Saskatchewan, has fast become one of the country’s most desirable energy-investor hotspots.

This play has an established reputation in that it has produced both oil and gas from conventional reservoirs as far back as 1957. In contrast to the formations that surround it, it is a well-known, low-risk conventional light oil play, second only to the Cardium formation in the Western Canadian Sedimentary Basin when it comes to original oil in place (OOIP).

Investors will also be pleased to hear that at an estimated 4 percent, the Viking play’s recovery rate is one of the lowest. Recovery rate refers to the percentage of reserves that have been extracted.  The Viking play has been delineated by over 8,000 vertical wells to date and consists primarily of fine- to coarse-grained sandstone located between two marine shales. It is divided into two separate zones —  an upper and lower zone.

The play’s upper zone ranges from 2 to 3 meters thick and, through conventional vertical wells, is the main space where oil was produced in the past. The lower zone is estimated to be 3 to 9 meters thick and was largely uneconomic until the recent advent of horizontal drilling and advanced completion techniques, such as multistage fracturing (fracking).

Most of the formation’s land has already been locked in by oil and gas majors; however, a select number of juniors have managed to accumulate notable land positions.

The play has fast become an investor favorite on the back of its lower production costs. Being shallower than most other unconventional plays, at an average 700 to 750 meters deep, has meant that costs have been reined in with regard to well drilling and completion. However, the lower pressure experienced across the play has led to less prolific production rates in comparison to the likes of the Cardium formation.

The region’s attractive royalty rates, coupled with low production costs, have resulted in highly attractive netbacks for producers active in the area. According to personal finance blog BTI, at $95 Edmonton Par, Viking oil producers are able to net between $64 and $68 in profit per barrel, resulting in a highly attractive recycle ratio. It also notes that Viking oil wells’ initial production rates for the first 30 days range from 35 to 65 barrels of oil equivalent per day (boe/d) with more than 85 percent of that amount made up of light sweet oil.

The area’s geological structure has resulted in wells recording high decline rates of between 50 and 60 percent within the first 12 months; however, with the added advantages of low drilling costs and high netbacks, most wells are paid off within the first year, which helps to recover capital for the drilling of new wells.

Novus Energy (TSXV:NVS) is an aggressive oil and gas junior that has gained impressive strategic land positions. It has a large inventory of horizontal locations and is also currently carrying out an aggressive drilling program.

The company is largely focused on the Viking light oil resource play where it has assembled a drilling inventory of 615 net locations in Dodsland, Saskatchewan. Production exceeded 3,300 boe/d in August as newly-completed wells were placed on stream. Further increases are expected moving forward.

The company’s investment potential was highlighted recently in The Globe and Mail when CIBC World Markets analyst Arthur Grayfer boosted his target price on Novus to $1.10 from 95 cents.

Raging River Exploration (TSXV:RRX) is a producer currently focused in the Kindersley area of Saskatchewan. The company is “100 percent oil weighted” and with its 84,000 net acres of land has more than 600 net drilling locations for Viking light oil.

According to its latest press release, third quarter production exceeded expectations, with average production of 2,100 boe/d. Average daily production for the period from April through December 2012 is expected to be 2,150 boe/d, a further 10 percent increase from previous estimates.

The company shows a lot of short- to medium-term potential as it recently confirmed that it has increased its 2012 capital budget from $67 million to $82 million.

The company is well-poised for a run in the markets in that it recently announced the commencement of its drilling program of nine gross wells at its Lucky Hills location.

The company is positioned well for medium-term growth, with top quartile operating netbacks and a drilling inventory in excess of 200 development locations on its low-risk play. The company is a potential takeover opportunity in the medium to long term.