Here’s a look at the US shale gas industry and an overview of two of the main companies operating in that sector. 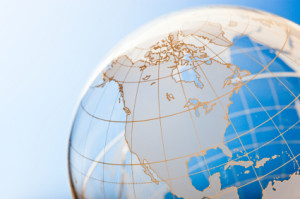 Early in the 21st century, natural gas became the energy source of choice for power generators, manufacturers, businesses and homeowners. By the end of 2000, this demand had caused an unprecedented spike in the need for shale gas, which is found across the United States in fine-grained sedimentary rock formations that contain large amounts of natural gas.

Since then, advances in horizontal drilling and hydraulic fracturing have made accessing and extracting that gas increasingly economically viable.

Shale gas in the US

In a 2011 industry report, the US Potential Gas Committee, a non-profit organization made up of industry experts, states that the US possesses 2,170 trillion cubic feet (tcf) of natural gas, a 100-year supply. That same year, the US received about one-third of its gas resources from shale gas, about 95 percent of which was produced domestically. Though production on the Gulf Coast hit a snag in 2005 due to Hurricane Katrina, new plays that have been accessed across the country make a similar problem unlikely in the future.

About 20 percent of the $133.7 billion invested in the US shale gas market comes from foreign investors like Japan, China, India, Korea, France and Norway, according to Bloomberg.

The future of shale gas

Kent Croft, chief investment officer at Croft Funds, told CNBC earlier this year that he expects shale gas found in the US to give the country “an enormous competitive advantage that will last for a number of years.”

The article also notes that the Energy Information Association believes US shale gas production will rise to 16.7 tcf in 2040, up from 8.6 tcf this year.

Here’s a look at two key shale gas companies active in the US: