Total began searching for a new joint venture partner to take a share of a shale gas exploration permit in France. The zone covered by the French permit obtained in March 2010, could contain up to 2,380 billion cubic meters of gas, this amount estimated by multiplying the average gas level in the area by the surface area. 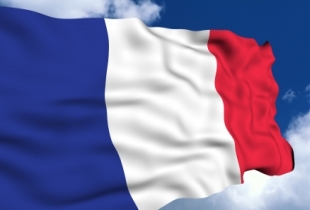 On Friday, top producing gas and oil major, Total (NYSE:TOT) began searching for a new joint venture partner to take a share of a shale gas exploration permit in southeast France after Devon Energy (NYSE:DVN) backed away. Total said it could sell up to 50 percent of its permit, which covers a 4,300 kilometer square zone, to a new partner but that it would retain operational management. Total has two exploration permits for shale gas in Denmark and six in Argentina.

The zone covered by the French permit obtained in March 2010, could contain up to 2,380 billion cubic meters of gas, this amount estimated by multiplying the average gas level in the area by the surface area. In the United States, recoverable rates for shale gas may range from between 10 and 20 percent. France imported 98 percent of the gas it consumed in 2009, compared with in the 1970s domestically producing one third of its gas consumption.

Earlier in the month, Talisman Energy Inc (TSX: TLM) (NYSE:TLM) announced plans to start drilling its first well for potential shale deposits in northern Poland. The project is scheduled for the beginning of August with the last well expected to be completed around the end of January 2012.

Washington has been seeking to help countries in Europe and beyond to try to establish best practice as they enter the market. Last April, the Department of State introduced the Global Shale Gas Initiative, a program aimed to help other countries to identify and develop unconventional natural gas safely and economically, and to enhance economic and commercial interests.

Local opposition and environmental issues have been observed and even anticipated by many analysts and industry stakeholders including the Chief Executive Officer of Schlumberger (NYSE:SLB), the world’s largest drilling services provider. French environmentalists have organized some demonstrations; however, economic pressures seem to be the primary force in current political direction.

The recent boom in shale natural gas drilling has raised US hopes that they will be able to rely on cleaner burning domestic fuel to meet future energy needs and will enhance European energy stability, but concerns about its impact on water quality could slow the industry’s ability to utilize this bountiful resource.

China may have as much as 26 trillion cubic metres of shale gas reserves, more than 10 times its proven holdings of conventional natural gas, and production may reach the equivalent of as much as 12 percent of conventional gas output. Shell’s Chief Financial Officer Simon Henry indicated that the company may invest $1 billion each year in China if PetroChina’s two wells in Sichuan province prove they have the potential for commercial gas production. PetroChina expects to produce 500 million cubic meters of shale gas by 2015.

The average retail price for a gallon of gasoline increased for the eighth straight week, strengthening six-tenths of a cent versus last week to $3.11 per gallon, $0.41 per gallon higher than last year at this time.