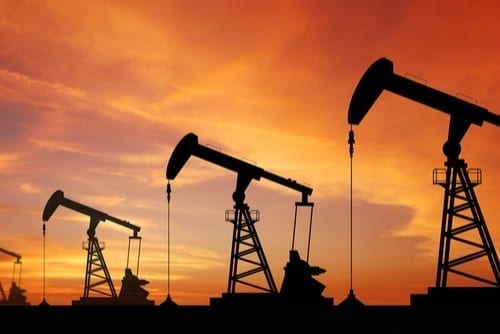 The price for a barrel of Brent crude steadied on Tuesday (March 5) to US$65.75 following the announcement from the Organization of Petroleum Exporting Countries (OPEC) that they would cut production.

Last summer, output became precarious at the massive oil field following issues at the export port and the kidnapping of two site workers.

Despite being a member nation of OPEC, Libya plans to increase production to 80,000 barrels a day.

On Monday (March 4), Russia hurry its own output cuts to help offset the restarted Libyan production. Last year, OPEC and additional oil producing countries agreed to cut 1.2 million barrels per day (bpd) from the market in 2019.

Market volatility and a slowing global economy have weighed on oil prices. In fact, on Christmas day (December 25) the price for a barrel of Brent crude hit its year low to US$50.77, only two months after hitting its year high of US$84.80.

The price has steadily climbed from that December low, hitting its 2019 high so far of US$67.25 on February 22.

The efforts by OPEC to shore up the sector may be for nothing however, especially if US President Trump has his say. On February 25, the US leader took to twitter to urge OPEC to “relax and take it easy,” because oil prices were getting too high and the world couldn’t sustain a price hike.

Subsequently, the price of oil dropped to US$64.81.

Presidential tweets and increased supply from Libya isn’t the only cause for concern; Venezuela, home to some of the largest oil reserves, has faced hard sanctions on its oil exports due to ongoing socioeconomic and political issues in the country. If Venezuelan oil began flooding the market again the price of crude could drop to a new low.

However, the addition of Venezuelan oil may be years away since the country’s most recent election only occurred last year.

Analysts are predicting the price of a barrel of crude could hit US$70 this year.

“We think more critical and bullish determinants of the oil price and oil price volatility in the year ahead are worth reviewing,” a March 3, Barclays report stated. “While there are plenty of signs that the global economy is slowing — weak car sales and manufacturing data from China, flat growth in Europe, and a slowing GDP rate in the fourth quarter for the US — oil demand has held steady.”

Metals Weekly Round-Up: Geopolitical Tensions Drive Gold Higher
The Uranium Market is Heating Up — Is it Time to Get In?
Top 10 Oil-producing Countries
Oil Prices Tank Below US$30 for First Time in 4 Years