The EIA released a report that highlights recoverable reserves of shale oil and shale gas. It doesn’t look like there will be any shortage on the horizon. 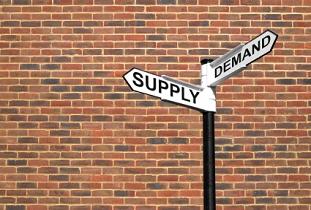 Contracted by the US Energy Information Administration (EIA), Advanced Resources International has produced a report highlighting the estimated shale oil and shale gas formations that occur in the US and around the globe. Compared to a similar assessment in 2011, recoverable oil and gas reserves have increased significantly. While the assessment does not take into account many prospective formations, the increase in recoverable reserves fosters the belief that there is no shortage of shale oil and shale gas on the horizon.

Where in the world is shale gas?

Of the countries surveyed, only the US and Canada produce commercial quantities of shale oil and shale gas. The US holds 665 tcf of technically recoverable shale, while Canada sits on 573 tcf. The successful commercial production of both shale gas and shale oil has had a transformative effect on the energy markets, giving North America a plentiful supply of inexpensive natural gas.

Other countries that were considered in the assessment include China, which has the greatest shale gas potential, with 1.115 quadrillion cubic feet of shale gas. Argentina ranks second, with 802 tcf, followed by Algeria at 707 tcf.

What does this mean?

Bloomberg reported that in recent years, hydraulic fracturing (fracking) for shale oil and shale gas deposits has led to an energy boom in several US states, followed up swiftly by a drop in natural gas prices.

While the rest of the world tries to play “catch-up” with North American shale deposits, the EIA believes that “the impact of shale resources outside the United States will depend on [other countries’] own production costs and volumes.” Current prices can greatly affect the economics of production, should costs be on the higher side.

According to the EIA, several nations are starting to evaluate and test the production potential from their shale formations, so it remains to be seen what the full outcome will be from production.

Statoil Natural Gas’ Oddgeir Eskeland told the LDC gas forum in Boston that North American natural gas demand could potentially grow to 100 billion cubic feet per day by 2029, an increase of over 30 percent from current levels.

“We get a lot of requests for long-term gas supply from the power sector; typically 10 to 15 years is what they’re looking for,” Eskeland said. “Industrials such as petchem projects and LNG projects [are also driving demand]. In addition I’m a believer that in the long term, pure economics will trigger demand.”

Eskeland expects prices to become more stable due to domestic shale supply. US natural gas prices are currently in the neighborhood of $4 per MMBtu.

Shale Gas in the United States