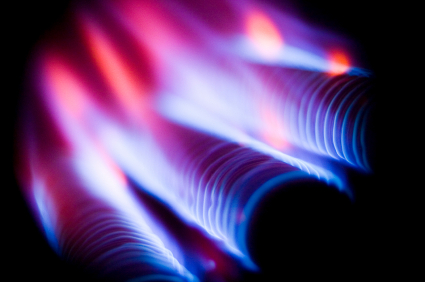 Despite expectations of a cold front, natural gas futures slipped 1.7 percent on oversupply. The Wall Street Journal has slotted natural gas for December delivery at $3.617 per mmBtu, a drop of 4.3 cents on the New York Mercantile Exchange. That is the biggest drop in percentage and price since November 4, as per the publication.

Cold weather forecasts in the US are only supposed to last four days, which, according to Gene McGillian, broker and analyst at Tradition Energy, means the market will have some trouble getting back to its Monday high of $3.70/mmBtu.

Total US natural gas storage is sitting about 1.5 percent above the five-year average for this time of year, Investing.com reported, with US natural gas storage at 3.834 trillion cubic feet as of November 8. Analysts expect data from this week’s inventories to show that stocks posted their first decline of the season last week.

Tanzania’s cabinet has finally approved a long-delayed natural gas policy, Reuters reported. Following several large discoveries in the Eastern African region, Tanzania has become a hot spot for foreign companies looking to tap new gas sources for Asian markets, Reuters said. With the new policy in place, Tanzania’s fast-growing industry will look to impose tough conditions on foreign companies, with priority being given to the domestic market over exports. The country has an estimated 42.7 trillion cubic feet in natural gas reserves.

Eliachim Maswi, the permanent secretary to the energy ministry, told Reuters “[t]he final natural gas policy was approved by cabinet … and we are now in the final stages of drafting a new law to regulate the industry,” also adding that “[t]he government’s goal is to have the natural gas legislation in place next year.”

Reuters states that Tanzania is not the only African country facing debate on how much of its hydrocarbon reserves should be used domestically compared to how much should be exported.

Further north, it seems that Egypt has been struggling with its policies as well. Bloomberg reported that the North African country’s natural gas shipments are slated to fall by half this year because a restrictive policy that encourages domestic gas consumption has capped prices and left the state owing some $6 billion to producers. Bloomberg explains that the problem Egypt is facing is its desire for cheap natural gas; that has left little scope for it to pare back subsidies that cost 7.3 percent of the country’s GDP. Furthermore, with a penchant for not repaying the debts it owes to gas producers, the company’s investment prospects are getting harder to come by.

The country is attempting to address some of the challenges presented by its energy policy, including pledging to start chipping away at the debts owed to producers. “Our priority is the supply of natural gas to the Egyptian local market,” Egypt’s new oil minister, Sherif Ismail, told Bloomberg. “Any change in the subsidy system should be put up for societal discussion.”

Caza Oil & Gas (TSX:CAZ,LSE:CAZA) reported strong results for its Bone Spring program with the initial test on its West Copperline property in Lea County New Mexico. The company announced that the West Copperline 29 Fed #1H horizontal Bone Spring test well reached its intended total measured depth of approximately 15,035 feet in the 2(nd) Bone Spring Sand interval on October 11, 2013. Subsequent fracture stimulation commenced at the beginning of November. Producing rates have remained steady under controlled flowback, and the well produced at a peak 24-hour gross rate of 800 barrels (bbls) of oil and 1.21 million cubic feet of natural gas, which equates to 1,002 bbls of oil equivalent, on November 15, 2013.