Last month news reports out of China surfaced that the nation might see its natural gas supply fail to meet 35 percent of the demand in 2011, and the shortage could persist through 2021. 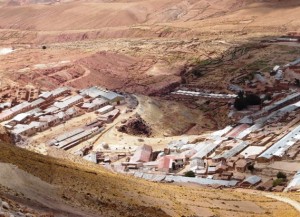 For much of the year, the petrochemicals industry has dominated headlines and a recent survey conducted by Resource Investing News has highlighted both oil and natural gas sectors as areas of continued high interest for investors. The current study, represents almost 600 individuals was conducted in November and was  to follow up on previous research conducted earlier in May and toward the end of last year.  The study promises to build enhanced momentum for what has already been a good year for many resource companies, with more than 64 percent of participants indicating future investment over the next 6 months and 71 percent of respondents having already made investment in the current year.

The results indicate continued appetite for exposure to oil and gas with 42 percent of participants focusing investments on oil and gas.  This suggests a 31 percent increase over the 11 percent focus from the earlier study.  Additionally, the current results demonstrate the fifth highest in demand attribution, behind only the precious metals of gold and silver, rare earth and alternative energy source uranium. Underlying investment theses are both long term secular and demographic trends coupled with the realities of the current geopolitical context.

Oil is regarded by some as being the modern lifeblood of the United States’ economy. Presently, it supplies more than 40 percent of total energy demands and more than 98 percent of the fuel used in cars and trucks. Political decisions to focus on the development of alternatives may provide international challenges as transportation is one of the fastest-growing energy demand sectors and the one associated most closely with oil. This critical point is interesting for oil investors because although many different fuels can be employed to produce electricity, the same is not true right now for transportation; globally, 98 percent of transportation still runs on fuel made from oil.

According to many analysts natural gas will meet a growing share of our energy needs through 2030. Given its abundance and properties as a clean-burning fuel, expanded use of natural gas in power generation can serve economic progress and help advance environmental goals as well.  It was not economically feasible to extract natural gas from unconventional sources until recently; however, the emergence of advanced drilling technologies has enabled the economic recovery of a resource once believed to be unreachable. Many industry observers believe the environmental and economic benefits of natural gas are demonstrable, and as the cleanest burning fossil fuel, the potential to reduce the harmful emissions generated by oil and coal is compelling. With an estimated 100 years supply at current production rates, natural gas has emerged as a strong energy choice in creating a secure and stable energy future. 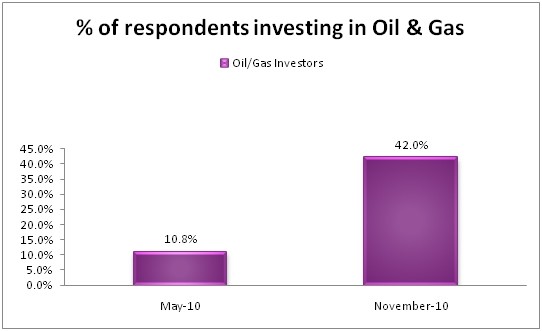 Uncertainty for prices for both oil and natural gas were highlighted in October at the United States Energy Information Agency’s (EIA) Winter Outlook presentation. Inventories of fuel oil and natural gas in the United States are currently well above typical levels, which could dampen price increases if winter is colder than expected. However, the EIA anticipates average heating bills to be 3 percent higher this winter than last, an increase of $24 to a U.S. average of $986 per household. Prices may be moderated by a warmer winter weather forecast for the South, little change in the Midwest/West; but could also be influenced by slightly colder forecasts for the Northeast.

Last month, news reports out of China surfaced that the nation might see its natural gas supply fail to meet 35 percent of the demand in 2011, and the shortage could persist through 2021. Additionally, Platts reported that any arbitrage between UK ICE futures over U.S. prices has resulted in the first liquefied natural gas cargo in 50 years from the U.S. Sabine Pass re-export terminal on the United Kingdom’s Isle of Grain import terminal.

In a report released in late November, the Fraser Institute said economic prosperity from natural gas can only be fully realized by removing barriers to investment and production. With the assertion that Canadian projects are in a favourable position to capitalize on natural gas resources, the report highlights that the country is the only net exporter among North American Free Trade Agreement (NAFTA) members that include the United States and Mexico. As well, Canada stands to benefit from rising demand but “flagging production” in Mexico.

Last month, oil and gas exploration company executives, analysts and investors gathered in London for the 6th annual World Independent & Junior Oil and Gas Congress which is the world’s premier oil conference for oil exploration, oil production and oil investment. A critical theme for junior oil and gas companies was to highlight the reality that financing projects will always be a chief concern; longer term international energy shortfalls and investment demand in the pipeline could mean very attractive valuations for investors.