As China demonstrates its political clout at the G20 summit in Seoul, the country continues to make headlines in economic and energy news as the China National Petroleum Company (CNPC) has made an agreement with Shell to develop oil sands.
CNPC, the parent of PetroChina, reported that its president, Jiang Jiemin and Royal Dutch Shell Plc (NYSE:RDS.B)CEO Peter Voser signed a memorandum of agreement in Beijing on “integrated co-operation” of oil and gas projects in Canada and coal bed methane development in China. 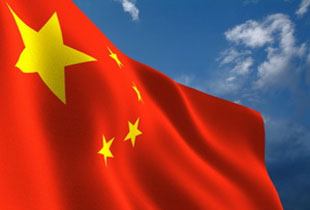 As China demonstrates its political clout at the G20 summit in Seoul, the country continues to make headlines in economic and energy news as the China National Petroleum Company (CNPC) has made an agreement with Shell to develop Canadian oil sands.

CNPC, the parent of PetroChina, reported that its president, Jiang Jiemin and Royal Dutch Shell Plc (NYSE:RDS.B) CEO Peter Voser signed a memorandum of agreement in Beijing on “integrated co-operation” of  oil and gas projects in Canada and coal bed methane development in China.

Earlier in the year both companies were involved in negotiating a $20 billion joint venture in Australia.  Furthermore the Chinese are very well known to the Canadian petrochemical investment community over the years and PetroChina was chosen by Athabasca Oil Sands Corp (TSX:ATH) as its joint venture partner after the Canadian firm realized it would be difficult to finance its MacKay River and Dover oil sands projects in Alberta province via equity markets. PetroChina plans to spend at least $60 billion in the next decade on overseas acquisitions, Mr. Jiang said in March. The company plans to increase co-operation with foreign energy companies to accelerate its global expansion.

Shell Canada, which was taken private by Royal Dutch two years ago, is one of the country’s largest integrated oilsands producers and owns a controlling interest in the Athabasca Oil Sands Project which is currently expanding its Scotford upgrader to handle higher production.

China’s national oil companies (NOCs) wield a significant amount of influence in China’s oil sector. Between 1994 and 1998, the Chinese government reorganized most state-owned oil and gas assets into two vertically integrated firms: CNPC and Sinopec. These two conglomerates operate a range of local subsidiaries, and together dominate China’s upstream and downstream oil markets. CNPC remains the much larger and influential NOC and is the leading upstream player in China. CNPC, along with PetroChina, accounts for roughly 60 percent and 80 percent of China’s total oil and gas output, respectively, though the company’s current strategy is to integrate its sectors and capture more downstream market share. Sinopec, on the other hand, has traditionally focused on downstream activities such as refining and distribution with these sectors making up nearly 80 percent of the company’s revenues in recent years and is gradually seeking to acquire more upstream assets.

As a bookend to Chinese and Canadian domiciled interests negotiating resources, Husky Energy (TSX:HSE) is considering a spin out of its Chinese assets to develop a major natural gas find off China’s east coast. Chinese energy demand will jump 75 per cent by 2035, accounting for more than a third of global demand growth, the Energy Information Administration (EIA) reported on Tuesday. Oil is the second-largest source of energy for the country, accounting for 15 percent of the country’s total consumption.

The Chinese government’s energy policies are dominated by the country’s growing demand for oil and its reliance on oil imports. The National Development and Reform Commission (NDRC) is the primary policymaking and regulatory authority in the energy sector, while four other ministries oversee various components of the country’s oil policy. China is the world’s fastest-growing major economy and may source one-third of its unconventional gas supply from coal seams by 2030, Wood Mackenzie Consultants Ltd. said in a report in late August.

EIA expects the price of West Texas Intermediate (WTI) crude oil to average about $83 per barrel this winter (October 1 to March 31), a $5.50-per-barrel increase over last winter and a $3.00 per barrel increase over last month’s forecast.  Projected WTI prices rise gradually to $87.00 per barrel by the fourth quarter of 2011 as U.S. and global economic conditions improve.  The latest report has revised world oil consumption growth in 2010 upward in response to stronger-than-expected growth in European oil demand during the second and third quarters of 2010, as well as continued strong growth in China.  The non-OECD regions, especially China, the Middle East, and Brazil, represent most of the expected growth in world oil consumption in 2011 (World Liquid Fuels Consumption Chart).  Among the OECD regions, EIA expects North America to show almost all the oil consumption growth in 2011, with a gain of nearly 0.4 million barrels per day.  In 2011, EIA expects global oil consumption growth of 1.4 million barrels per day.

6 responses to “China and Shell to Explore Canadian Oil Sands”