Shell may spend $50 billion in Australia over the next decade as Europe’s largest oil company continues a shift to gas. 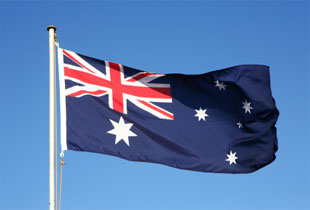 Royal Dutch Shell Plc (NYSE:RDS.B), BG Group Plc (PINK:BRGYY), and ConocoPhillips (NYSE:COP) are among companies planning rival Queensland ventures that would be the first in the world to convert coal- seam gas into liquefied natural gas (LNG) for export.

Shell has announced plans to bring the former manager of Russia’s first liquefied natural gas project, the $22 billion Sakhalin-2, to Australia to oversee development of a proposed venture that may cost more than $20 billion. Hilary Mercer has moved to Queensland state and is expected to serve as vice president of LNG and integration for Arrow Energy Ltd. (ASX:AOE), a joint venture with PetroChina Co.  The enterprise is expected to produce gas for an LNG venture that may see output of 16 million metric tons of fuel a year.

Shell may spend $50 billion in Australia over the next decade as Europe’s largest oil company continues a shift to gas.  Some analysts suggest the company may partner with Adelaide-based oil and gas producer Santos Ltd. (ASX:STO) in developing LNG in Queensland.

Santos, Australia’s third-largest oil and gas producer, is planning a $15 billion LNG project in Queensland and aiming to sell at least 15 percent of the venture before committing to the first phase later this year. The company expects to own a maximum of 45 percent of the proposed Gladstone LNG development when it makes a final decision to proceed; Santos currently owns 60 percent and Petroliam Nasional Bhd., or Petronas, the rest.

Santos plans a final investment decision in the fourth quarter on the first gas-processing unit at Gladstone on the central Queensland coast. Santos remains in talks with potential Asian customers to sell fuel and a stake in the venture. Korea Gas Corp., the world’s biggest importer of LNG, said August 24 it will complete talks with Santos by the end of September on acquiring a stake in the Gladstone venture.

Natural gas prices declined on Thursday after the weekly Energy Information Administration (EIA) report on inventories showed an increase on the higher end of expectations. The Henry Hub natural gas spot price fell $0.36 per million British thermal units (MMBtu), or 8 percent, averaging $3.99 per MMBtu. This is the first time prices have fallen below $4.00 MMBtu since May 7.  Natural gas for September delivery declined 6 cents, or 1.6 percent, to $3.81 per MMBtu. This trading range for futures approaches an 11-month low. The price sag follows data indicating a net injection of 40 billion cubic feet to natural gas storages for the week ended August 20, contrasted with analysts’ expectations of an increase of 37 to 41 billion cubic feet.

The increase compares to a 53 billion cubic feet injection in the comparable 2009 week and a five-year-average of 59 billion cubic feet. This was the tenth consecutive week with net injections below or within expectations, but futures have routinely fallen as production is still seen on the high side.

Moderating temperatures likely contributed to lower natural gas consumption with a total decline of about 5 percent since last week, driven by declines of 10 percent in the electric power sector and 3 percent in the industrial sector. Despite this week’s decline, natural gas consumption remains above year-ago levels, with consumption in the electric power and industrial sectors exceeding year-ago levels by 8 percent and 1 percent, respectively.

What is Coltan? 5 Facts You Should Know
ASX-Listed Potash Stocks
Why Investors Should Care About Tesla’s Battery Day
Why Scandium Could be a Huge Opportunity