A brief guide to the energy platforms of the four major federal parties contesting the May 2nd election, highlighting key policies that may have an impact on the development of the Alberta oil-sands. 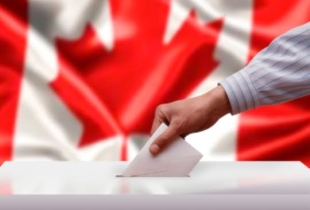 A whirlwind month of campaigning will come to an end today as Canadians across the country head to the polls. Leaders of the four major federal parties have been racing from coast-to-coast to get their message out in the thirty-six days since the election was called on March 26. Although ever-present issues such as the economy and healthcare have naturally dominated the national debate, Canada’s emerging role as a major player in the oil and gas sector means the energy platforms of the parties looking to form the next government are drawing more and more interest both at home in Canada and internationally.

Below is a brief guide to the energy platforms of the four major federal parties contesting the May 2nd election, highlighting key policies that may have an impact on the development of the Alberta oil-sands in the near-future.

The Conservative Party, with its political base in Alberta, is a strong proponent of the continued development of the province’s vast oil-sands. The potential of the Albertan oil-sands has led to the incumbent Prime Minister Stephen Harper billing the country as an “emerging energy superpower.” To promote growth and investment in the oil-sands, the Conservatives under Stephen Harper have been slow to phase out federal subsidies for the energy sector and have cut corporate taxes from 22.5 percent to 16.5 percent, with a further reduction to 15 percent proposed for 2012. The Conservatives are also the only party who support the development of the Enbridge Inc. (NYSE:ENB) Northern Gateway pipeline, which would run from Alberta through British Columbia to a terminal in Kitimat, supplying oil to the U.S. Pacific Coast, and eventually the much larger prize of Asian markets.

The Liberal Party were previously supportive of tax breaks for firms investing in the Canadian Oil sands, but have backed away from this stance while in opposition since losing power in 2006. Leader Michael Ignatieff has repeatedly reaffirmed that development of the oil sands should continue, but has also indicated that the oil and gas industry requires tighter regulation in order for Canada to meet international climate change commitments. Ignatieff has proposed returning corporate tax rates back to the 2010 level of 18 percent, and supporting a ban on tanker traffic off the Pacific Northwest coast, which would effectively curb current plans for the Northern Gateway pipeline.

The New Democratic Party (NDP), while not completely opposed to the development of the oil-sands, believes that any further growth should be conditional on rigorous regulations to ensure any environmental impacts are minimized. Until these are implemented, NDP leader Jack Layton has proposed a moratorium on new investment in oil-sands projects. Like the Liberals, Layton favours eliminating subsidies to firms investing in the oil-sands, and has proposed a steeper corporate tax rate hike to 19.5 percent. Layton is also a key proponent of the ban on tanker traffic off the Pacific Northwest coast, having introduced the motion in parliament in late 2010.

The Green Party’s fundamental platform is the environment, which naturally puts it firmly in the camp opposed to any further development of the oil-sands without the implementation of strict environmental regulations on the oil and gas industry. Elizabeth May, leader of the Greens, has campaigned on a promise to place a moratorium on further investment in the oil-sands until firms are in compliance with environmental standards that bring Canada into line with international climate change agreements. The Greens have proposed increasing corporate taxes to 19 percent, and May is also a staunch supporter of the ban of tanker traffic off the Pacific Northwest coast, given that it is a hot button issue in the Gulf Islands riding she is contesting in the election.