Natural gas prices are up 38 percent from mid-February, meaning that gas is one of the world’s best-performing commodities so far this year. While that is good news for producers, investors are questioning whether this trend can be sustained. 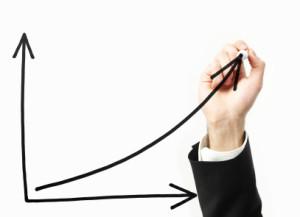 Natural gas has finally come to the party. The price of natural gas, which has spent the past few years in the doldrums, is seeing an impressive rise, ironically at a time when most other commodities are recording significant drawbacks in value.

While analysts do not agree on what has caused the recent surge, most credit falling storage levels, which are currently below the five-year average, as the primary reason behind the rally. An unexpectedly long and cold North American winter has taken its toll on inventories, while a number of producers continue to cut natural gas output.

At Friday’s close of $4.41 per million British thermal units (MMBtu), natural gas is up 13 percent over the past month and 38 percent from mid-February, meaning that it is one of the world’s best-performing commodities so far this year. Storage of natural gas totaled 1,704 billion cubic feet (Bcf) as of April 12 — that’s 31 Bcf higher than the previous week, but 794 Bcf, or approximately 32 percent, lower than the same time last year, according to estimates released last week by the US Energy Information Administration (EIA). The EIA report also shows that the most recent storage number is 74 Bcf below the five-year average of 1,778 Bcf.

News of the rise is being welcomed by many in the industry, which has been battling lower prices and expanding inventories for the better part of four years. While energy-focused investors will likely remain on the sidelines to see if the commodity’s price run is sustainable, a number of producers will be hoping to cash in.

A market caught off guard

From a long-term perspective, it seems that the market has been caught off guard, with a number of investment and hedging firms showing signs of being unable to confidently predict natural gas’ long-term trend. As the commodity notched up unseasonal gains, the value of funds managed by Copperwood Energy Trading Advisors and Skylar Capital Advisers fell, according to The Wall Street Journal.

The article states that natural gas funds often use spread trades, which are wagers on the price difference between two futures contracts. Certain bets on a widening or narrowing price gap between different gas futures contracts are often referred to as “widow makers,” and at some points in the year, particularly during the spring and fall, these wagers can move sharply against investors “as unpredictably as changes in the weather.” A possible trade could involve contracts for April delivery this year and next. For a trade like this to profit, gas for near-term April delivery would have to perform worse than deliveries slated for April 2014, The Wall Street Journal article explains.

Firms were caught unaware as a late cold snap hit the US in March, causing contract prices for gas delivery in April to surge 14 percent, while the price of April 2014 gas rose 4 percent. John Woods, a natural gas trader and head of JJ Woods Associates, told The Wall Street Journal that it is rare for long-term prices to lag this much behind near-term prices, adding, “[o]n the entire rally up, contracts in 2014 didn’t move accordingly.”

It is important to note that coming off the back of such a prolonged period of low prices, a number of junior and mid-sized natural gas companies will be short on capital.

With that said, there are indications that recent price increases could be here to stay. An oversupply of product in the market over the past three years has seen virtually all major US energy producers drop drilling for gas in favor of oil and, in some cases, natural gas liquids. The number of rigs drilling for gas in the US slipped to a near 14-year low last month, with the current rig count at almost a quarter of where it was at during its September 2008 peak, according to data from Baker Hughes.

While a rise in price will likely pique the interest of most energy majors, history suggests that they will likely not be ordering a ramp up of drilling until they have seen prices remain economical for a decent period of time. While there is no shortage of bears stating that prices are due for a pullback once warmer weather arrives, the fundamental supply-demand outlook looks more promising than it has for some time.

The Edmonton Journal quoted a report by Martin Roberge, Canaccord Genuity’s North American portfolio strategist and quantitative analyst, that outlines the idea that a bullish thesis for natural gas began in the spring of 2012, when year-over-year growth in supply peaked at 5 percent. “Then, growth in natural gas demand bottomed out around two per cent last summer, and has continued to climb ever since … in November of last year, it outstripped growth in supply for the first time since March 2010,” the report notes.

It adds that this trend has continued, outlining that EIA data confirms that gas demand has outstripped supply by about 1.1 trillion cubic feet over the past 12 months, the result of low prices triggering cutbacks in drilling and production. “In other words, the supply-demand gap has closed … if growth in demand continues to surpass growth in supply … (this) has the potential to push natural gas prices above $5 in 2014,” it concludes.

A number of investors also remain upbeat on the commodity’s longer-term outlook, claiming that stronger demand expected from the US power generation sector in 2014 — the result of stricter emissions rules — could potentially lead to stronger prices in the long term.

“If growth in natural gas demand continues to surpass growth in natural gas supply, a supply deficit will open up and push prices higher,” analysts at Canaccord Genuity told clients, adding that they believe the recent strength in natural gas above $4 per million cubic feet (mcf) has fundamental underpinnings and, therefore, they do not see much room for a pullback. “In fact, we are of the view that natural gas prices are poised for a continued rally through next year,” they said, maintaining a forecast for prices to average $4 per mcf in 2013, but raising their long-term outlook to $5.25 per mcf.

However, investors do also need to be aware that there is still a sense of skepticism that this rally can be sustained, with some traders arguing that if the current rise in price is sustained, then some electric utilities may begin to reduce their use of natural gas in favor of burning coal. If heating demand continues to decline in the upcoming summer period, further pricing pressures could likely be a result.

What should investors be looking for?

With junior natural gas firms hungry for capital and higher prices making investors eager to buy, a multitude of companies and newly accessible plays will be highlighted in the short term.

Investors need to seek out companies that boast reliable and successful management teams, while also picking those that are able to finance projects effectively. The best way to do that is to research companies’ financial backers and question whether they are backed by names that have easy access to capital and understand the business.

Another necessity is to research just how much a company believes in its own project. Investors need to seek out companies whose leaders are invested in their story (stock, not options). A critical point to remember prior to entering the natural gas junior realm is to do due diligence when researching past track records, especially those of the past 12 to 24 months.