While factors such as rising production and slow global economic growth could conspire to make energy production a risky business in 2013, a number of well-poised companies are likely to record upside in the short to medium term. 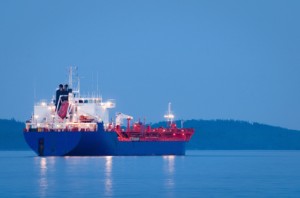 Looking back on 2012, it is difficult to pinpoint the oil and gas sector’s biggest story. Political debates over pipeline accessibility, unprecedented growth in US energy production and a market coming to grips with stagnant economic growth were three of the main factors leading the often-volatile market.

Although last year turned out to be less than stellar for most resource companies, a number of oil- and gas-focused juniors managed to record some notable gains.

While factors such as rising production and slow global economic growth could conspire to make energy production a risky business in 2013, a number of well-poised companies are likely to record upside in the short to medium term.

Here’s a look at three energy-focused juniors that are set to prosper in 2013:

It holds two production-sharing contracts with the Kurdistan Regional Government in the Kurdistan region of Iraq, and its asset base is one of the largest exploration areas in the region. Audited prospective resource estimates on its exploration blocks total 3.3 billion barrels of oil, or 5 billion barrels of oil, gas and condensate (recoverable).

More than eight years after entering Iraq, WesternZagros’ once-controversial bet on Kurdistan seems to be paying off. Major oil companies, which previously shunned the region, are now moving in, while a proposed pipeline to transport oil directly to Turkey — bypassing the questionable political set up in Southern Iraq — could soon become a reality.

While the influx of majors suggests a takeover opportunity, Simon Hatfield, the company’s CEO, recently told Canadian Business that WesternZagros is not yet ready to sell.

The company holds significant upside potential on the back of its real estate. The Kurdistan Region is both underexplored and underdeveloped relative to the rest of Iraq, and it provides an early-stage opportunity with several large fields.

The company has a proven track record in quickly converting finds into production. That was proven when in 2011 the Sarqala-1 well on the company’s Garmian block went into production at 2,000 barrels per day (b/d) — three months after the decision to complete it. By the end of the same year, production had increased to 5,000 b/d.

After the success at its Sarqala-1 well, WesternZagros “then made headlines with a massive find at the Kurdamir-2 well when the Oligocene reservoir it was drilling in hit pay dirt, proving 147 billion barrels with two more, deeper reservoirs yet to be drilled,” according to The International Resource Journal.

In a recent analysis of the stock, David Przybyla of FirstEnergy Capital said, “[t]rading at a 10% discount to our new core NAV and offering a 140% upside, we maintain our Outperform recommendation for WesternZagros Resources Ltd. The company’s story continues to benefit from short-term catalysts, including an updated competent person report (early Q1/13) and a three-well campaign on Mil Qasim scheduled for February-April 2013.”

Sterling Resources (TSXV:SLG) is an international oil and gas company with assets in the United Kingdom, Romania, France and the Netherlands. It has three key projects: Breagh, Cladhan and Ana/Doina. The company’s strategy is to source and initiate international projects with the potential to yield large, low-cost reserves.

While the company’s share price took a knock in 2012, it boasts massive potential in the short to medium term. Last year, it was hard hit by delays to initial gas production from its Breagh project in the North Sea when its operator completed an analysis of onshore works at its Teesside Gas Processing Plant. The resulting schedule provided an earliest first production estimate of between March and May of this year. Despite delays, reserves for the Breagh field remain impressive, with development drilling results proving to be highly encouraging.

Reserves on this project alone are estimated at 28.7 million barrels of oil equivalent (MMboe) in the first phase of production, with another 2.7 MMboe recoverable during the second phase, according to a company presentation.

Many investors jumped ship following news of production delays; however, if gas prices rebound in 2013 and its reserves come online, the company remains well positioned to strengthen in the market.

Recently, Casimir Capital maintained its $2.80 target price on the company — well below its current trading price — after Sterling’s third-quarter results and cash balance were “as expected.” One of the firm’s analysts, Ryan Galloway, stood by his $2.80 target price and “strong buy” recommendation for Sterling as he remains optimistic that “alternate financing arrangements” and the company’s “robust asset portfolio” could support a solution to its current woes.

Triangle Petroleum (NYSE:TPLM) is a growth-oriented energy company with a focus on developing the Bakken Shale and Three Forks formations in the Williston Basin of North Dakota and Montana.

Triangle has acquired approximately 86,000 net acres in the Williston Basin and in a recent press release reported total revenue of $23.2 million for the third quarter of 2013, a massive increase on the same quarter in 2012, when it reported revenue of $3.4 million.

Triangle Petroleum’s ability to manage its exploration and production gives it an edge in a volatile market environment where juniors can often be decimated as a result of operational issues or funding limitations.The recent decline in oil prices has weighed on the stock, but over the past few weeks it seems to have formed a base for a move up in 2013.

“Nice beat, production growth on track, and more importantly, their plan of becoming a self sustaining operated Bakken Player,” said Steve Zachritz, an investor/trader and copywriter who specializes in the energy sector. He noted that there is upside to the stock in that management is delivering on promises in what is becoming a habit of “under promise and over deliver.”

The company is well funded to aggressively expand in 2013, with its capital expenditure budget totaling $190 million. $161 million of that amount is set aside for exploration and production activities alone.