Russia recently signed a major $400-billion gas deal with China, and now Japan appears to want in on the action as well. 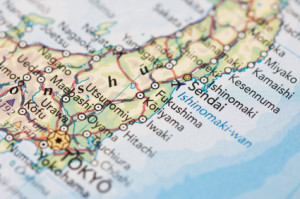 Russia recently signed a major $400-billion gas deal with China, and now Japan appears to want in on the action as well. Bloomberg reported that a group of 33 lawmakers in Japan is pushing the government to build a $5.9-billion pipeline to the island nation from Russia.

Like China, Japan has considered a pipeline connection with Russia for roughly a decade, but supporters have ramped up their interest in the project since the closure of Japanese nuclear reactors after the disaster at Fukushima in 2011. Just last week, Naokazu Takemoto, secretary of the pipeline lobbyist group, spoke of plans to present a project proposal to the prime minister of Japan by June, as per Bloomberg.

This type of deal could provide strong support for natural gas prices. In another article from Bloomberg, Isis Almeida states that the recent deal with China will create a price floor for liquefied natural gas (LNG), and quotes Francisco Blanch, global head of commodities research at the Bank of America, as saying, “[p]otential markets that could tap America’s heavily discounted natural gas prices include both Europe and Asia. With Chinese demand now set to grow meaningfully over the coming years, we see European gas prices holding up relatively well and being floored by this new gas pricing structure in China.”

The bank predicts that prices set between Russia and China will set a “benchmark” for global prices, and estimates that the agreed-upon price will be as high as around $11 per million British thermal units, according to Bloomberg. Indeed, Investing.com reported gains for the commodity for the second day in a row on Wednesday this week, although it pegged forecasts for hot summer temperatures as the driving factor rather than the Sino-Russian deal. Meanwhile, LNG futures for delivery in July traded up 1.68 percent on the New York Mercantile Exchange to hit $4.587 per million British thermal units.

Not so good for BC LNG

That said, those investing in natural gas companies that are betting on selling to China may want to measure their approach. Writing for the Tyee, Andrew Nikiforuk explains that North American producers are hoping to cash in on higher Asian prices for natural gas as low prices on their side of the Pacific have been forcing them into financial losses. However, the Russia-China deal “has probably killed the Asian price differential,” meaning that British Columbia Premier Christy Clark’s LNG dreams may not shine as brightly as they once did. Even if BC still gets to take advantage of a chunk of Asian demand, lower gas prices will mean lower profits and a push from producers to pay lower taxes to the province, Nikiforuk suggests.

Gas producers on North America’s west coast are not the only ones hoping to export to China either. The Sydney Morning Herald wrote that gas export expansion projects in Australia’s Queensland could also be endangered by the China-Russia pipeline. Specialist gas industry consultant Graham Bethune of EnergyQuest told the Herald, “[w]e can’t afford to underestimate the significance of last week’s development for the Pacific gas market with Russia entering that arena in a major way China. The negative impact for Australia’s [liquified natural gas] competitiveness and future market share from this new market dynamic is serious.” The consultant said that producers will have to cut costs to remain competitive.

The Tyee also points out that China was able to negotiate lower gas prices for itself in light of recent tension between Russia and its European natural gas markets surrounding the Ukraine. Despite recent reports that Kiev had agreed to begin paying its gas debt to Russia, ITAR-TASS reported on Wednesday that Russia’s Gazprom (MCX:GAZP) has yet to receive payment from the nation, increasing the threat of a supply cut off that could hurt Europe as well. As The Guardian notes, Europe is still having trouble finding a replacement source for Russian natural gas, and Russia now has even more of an upper hand in gas negotiations after securing an alternative trading partner.

So what will Europe do for natural gas if Russia holds back a portion of its supply?

Christopher Helman of Forbes provides a compelling case for an imminent rise in natural gas exploration in Europe. He suggests that Europe’s ban on hydraulic fracking could be holding the country back from experiencing the success seen natural gas has enjoyed in the United States, even blithely suggesting that Putin may have encouraged anti-fracking protesters in Europe to keep European customers hooked on Russian gas. It will be interesting for gas investors to keep an eye on natural gas exploration projects in Europe as supply from Russia continues to remain under threat.

Though he concedes that there are multiple barriers to gas exploration in Europe, Helman pegs Houston’s Ecorp as a company that could be part of a “fracking revolution,” and spoke to CEO John Thrash about progress with countries in the region. Promisingly, French President Francois Hollande could be finding wiggle room with regards to French fracking bans, which would be a positive sign for Ecorp’s French interests.

In addition to Ecorp, Gas Investing News has identified several other companies currently exploring for natural gas in Europe. Also headquartered in Texas, BRS Resources (TSXV:BRS) has exploration projects in Italy, a favorable location for exports to Europe. Husky Energy (TSX:HSE) is looking for gas in the Atlantic, while Chevron (NYSE:CVX) and Shell (LSE:RDSA) have shale deals in the Ukraine, though these projects are not yet active.