Oil spills are always a hot topic, but the issue was even more sensational than normal yesterday as some 10,000 gallons of crude oil leaked onto the streets of Los Angeles. 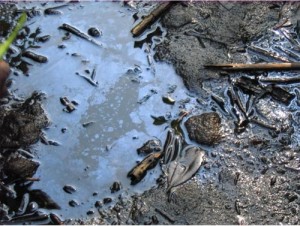 Oil spills are always a hot topic, but the issue was even more sensational than normal yesterday as some 10,000 gallons of crude oil leaked onto the streets of Los Angeles.

According to Reuters, the leak from the Plains West Coast pipeline in the Atwater Village area took place at a pump station next to a strip club in an industrial area. The owner of the pipeline, Plains Pipeline, said that the leak was caused by a valve failure. The Los Angeles fire department reported that crude oil was as high as knee deep in some places, while oil initially sprayed 20 feet in the air before the company closed the line.

The spill calls attention to issues surrounding pipeline safety, particularly when the line passes through a city or residential area. Although countries such as Canada and the United States have laws to ensure that oil companies will cover clean-up costs in the event of an accident, prevention is always best.

Here is a look at five other oil pipeline accidents that have taken place in recent years:

In March 2013, ExxonMobil’s (NYSE:XOM) Pegasus pipeline ruptured in a subdivision of the town of Mayflower, forcing 22 homes to be evacuated. As of March 31, 2013, 12,000 barrels of oil and water had been recovered from the spill, according to Reuters. As in the case of Los Angeles, oil spilled onto the streets, and officials from the US Environmental Protection Agency and the Department of Transportation’s Pipeline and Hazardous Materials Safety Administration came to inspect the spill.

An oil pipeline exploded in the port city of Qingdao, China in November 2013, killing 55 people and causing crude oil to leak into the city’s drain pipes. The pipeline was owned by top Asian oil refiner Sinopec (NYSE:SHI), and a leak from the line triggered two blasts in the city. According to Reuters, it was later discovered that the oil pipeline was in unreasonable proximity to city drainage pipes.

In December 2010, a leak at a pumping station owned by Petroleos Mexicanos, or Pemex, in the Central Mexican town of San Martin Texmelucan caused an explosion that killed 27 people. According to the LA Times, Juan Jose Suarez, head of Pemex, said that the section of the pipeline where the blast occurred had been tapped by thieves trying to steal oil roughly 60 times; the company strongly suspected that illegal tapping caused a pressure drop prior to the explosion. Pemex also said it has recorded millions in losses each year as a result of oil theft in Mexico.

Similarly, oil theft is an ongoing problem in Nigeria. As USA Today reported, a 2006 explosion at a state-owned pipeline killed up to 200 people near the fishing village of Ilado, just 30 kilometers outside the major city of Lagos. Although the cause of the leak and explosion is unknown, the high death toll was due to villagers collecting oil from the gushing pipeline at the time of the blast. According to USA Today, the disaster followed a 2004 explosion near Lagos that was caused by thieves and a 1998 explosion in Southern Nigeria that killed over 700 people.

Construction workers in the city of Burnaby inadvertently set off an oil leak in the summer of 2007 when a backhoe hit a pipeline operated by Kinder Morgan (NYSE:KMP). Kinder Morgan blamed the construction crew, while the workers maintained that the pipeline was improperly marked before their project began, according to CBC News. Fifty homes were evacuated, and residents raised concerns about the long-term environmental effects of the spill. Currently, the city of Burnaby is fighting the twinning of Kinder Morgan’s Trans Mountain pipeline in the area.

Yesterday’s episode in Los Angeles will no doubt add fodder to the arguments of those who oppose major pipeline projects such as the Keystone XL pipeline. Although events like the Exxon Valdez spill or the more recent BP (LSE:BP) Deep Water Horizon fiasco may have been much larger, urban pipeline oil breaks like the one in Los Angeles strike much closer to home.

Still, as Canadian Transport Minister Lisa Raitt, a former natural resources minister, stated in relation to a pipeline discussion in 2012, “[e]nergy is a matter of national importance,” and the regulation of oil transportation safety is improving, at least in North America, where Canada is cracking down on unsafe rail cars used to deliver oil, the Financial Post reported.

To be sure, residents living near urban lines and industry professionals alike will continue to contribute to safety discussions surrounding the key energy resource.