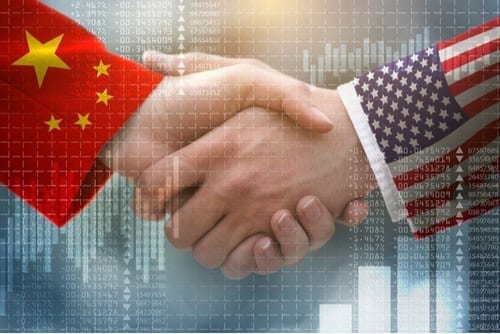 Rare earths started the year as metals that few people outside of the sector knew about. However, by Q2, the critical metals were receiving mainstream attention as China considered cutting off US access, causing concerns about a supply shortage.

While the trade war did dominate the news cycle, prices were less volatile than expected; they spiked early in the year before slipping back down and remaining steady for the remainder of 2019.

Rare earths, which are used in the high-strength magnets found in much of the latest tech, from smartphones to wind turbines to electric vehicles, will remain a primary issue for the resource sector well into the next decade as more countries in the west work to create supply chains that depend less on China.

“Despite the continuous talk by some in the media about China potentially weaponizing its rare earths during trade negotiations with the US, prices of most rare earths have trended lower or stayed fairly flat for most of the year, with few exceptions,” said Luisa Moreno, managing director of Tahuti Global.

Moreno noted that the most in-demand and noteworthy of the rare earths, neodymium and praseodymium, did not sustain the price bump the export scare brought on during the first half of 2019.

“The magnet elements neodymium and praseodymium have also shown weak prices, particularly when comparing the average prices at the first quarter of the year relative to the third and fourth quarters.”

That said, there were two metals from the group of 17 that saw price growth throughout the year.

“The only elements that have shown a notable increase in prices were dysprosium and terbium. Both are used in permanent magnet motors for electric vehicles and are significantly less common than neodymium,” Moreno explained. “Dysprosium prices in particular increased by 45 percent in Q3 compared to Q1. Dysprosium and terbium prices have weakened in the last quarter of the year, but they are still higher compared to the average first quarter prices.”

Although the threat of a Chinese export embargo never materialized, rare earths market participants still used the opportunity to ramp up discussions about building and strengthening supply chains to be less reliant on Chinese producers and separators.

“Five, six years ago, 98 percent of the rare earths came from China, and now about 60 percent do,” Mercenary Geologist Mickey Fulp told the Investing News Network (INN). “The west or anywhere outside of China is at least contributing a significant amount of rare earths. The problem once again is all the downstream capability is still concentrated in China.”

The rare earths supply chain is quite complex, and is partially comprised of traditional explorers, developers and miners. But like other metals such as lithium, there are also processing, separation and refinement steps that must take place.

Moreno pointed out, “(The) US is the largest importer of rare earth elements (REEs) from China by volume, but Japan is actually the largest importer of REEs from China by value. The US exports almost as much REEs (in content) to China as it imports; although REEs that the US exports to China are not refined, is likely a REE mix concentrate from Mountain Pass. The US is likely to continue to export REEs to China in the immediate future.”

In late July, the US secretary of defense released a memorandum highlighting the importance of domestic production of rare earth metals and alloys. The government said it is committed to finding ways to strengthen its domestic supply chain.

For analyst and sector watcher Moreno, the US stance on the need to develop a robust procurement strategy was the most important news of the year for rare earths. Nations like Australia and Canada are making similar efforts of their own.

“A number of agreements have been signed, but the actual dollar amounts behind the efforts are not clear,” she said. “For instance, the US has signed rare earth and strategic minerals development agreements with Canada, Australia, Botswana, Botswana, Zambia, the Democratic Republic of Congo, Namibia, Argentina, Peru (and) Brazil, among others.”

One of the companies that could play a role in building the North American supply chain is Avalon Advanced Materials (TSX:AVL,OTCQB:AVLNF), a diversified technology and battery metals company with several projects in Canada, including a rare earths project in development in the Northwest Territories.

“As Avalon expected, the threat to security of supply of critical minerals attracted a lot of mainstream media attention and new interest from the government in helping to establish these new supply chains,” Don Bubar, president and CEO, told INN.

“However, considerable investment is required in developing new processing capacity before new primary supply can be turned into the refined products needed by end users.”

While political attention and promises are good for the news cycle, for explorers, developers and even some producers, it’s more of an issue of putting money where the talk is.

As Bubar explained, the most challenging aspect of the market for North American companies is raising the capital required to fund the processes needed for production.

“Most mineral development companies operating in North America are publicly traded and rely on equity markets for raising venture capital,” he said. “For non-exchange traded commodities that lack visibility on pricing, like rare earths, raising capital is challenging. Development companies need to attract strategic investors, including government, that understand the market and the processing challenges.”

The rare earths market is much more opaque than the markets for other metals, especially in the area of price transparency, which makes it hard for investors to follow.

Don Lay, CEO of sector junior Medallion Resources (TSXV:MDL,OTC Pink:MLLOF), also sees financing as the most pressing challenge facing companies in the space. He thinks investors should use this time to educate themselves and find out where they can best put their money in this developing sector.

“It’s a tricky market, but fascinating, and it will likely be very rewarding over the next few years,” he said. “Australia has a very active REE investment market led by the producer Lynas (ASX:LYC,OTC Pink:LYSCF). But there are several developers with market caps around US$100 million.”

As Lay mentioned, Lynas leads the Australian market and much of the global sector outside of China. The producer came to prominence when Japan invested in its growth to circumvent China’s market dominance; the move followed a trade dispute that left the Asian nation without the critical metals it needed for its rapidly growing technology sector in the early and mid-2000s.

It has been a good year for Lynas, whose share price has climbed 48 percent year-to-date. The Australian government is looking to capitalize on rare earths interest as well.

At this year’s International Mining and Resources Conference in Melbourne, Australia, David Grabau, senior investment specialist for resources and energy at Austrade, spoke about the opportunity the sector presents for the continent.

“There’s a whole lot of scope here, and in terms of Australia’s involvement in this subsector, what we’re focusing on is where we think we have some competitive advantage,” he said on the sidelines of the event. “What we would like to see is more consistency in the market so that international financiers and equity investors might be able to play a larger role.”

Removing opaqueness to entice investors will remain a primary goal of the rare earths sector into the new year, as will the need for collaboration across borders.

In mid-November, Australia and the US entered a deal to build a joint supply chain, and the industry is also working to develop the relationships and capacity needed for a value chain between the countries.

Separately, Lynas is working with Texas-based Blue Line on a separation facility in the southern state.

Avalon said it has also benefited from Australian interest in North America, with private Australian company Cheetah Resources (now Vital Metals (ASX:AVL)) joining forces with the Canadian company to develop the Nechalacho project. Avalon is looking at new ways to produce the metals.

“The potential for economic recovery of rare earths from coal mine wastes and fly ash has been receiving a lot of study in the US,” he said. “This has accelerated recently with the introduction of new US government initiatives to reduce reliance on China as a source of these critical minerals.”

Kiril Mugerman, CEO of GeoMegA Resources (TSXV:GMA,OTC Pink:GOMRF), a rare earths recycling company based in Quebec, wants investors to be cautious and to consider looking for alternative production streams like recycling as ways to get involved in the market.

He noted that no REE mines have been acquired in the last decade, and only three projects, one of which is now bankrupt, have entered production in that time — evidencing the difficulty in the sector.

Of the two that have been successful, Mugerman said, “One is a small operation in Africa, and one is a large project in Australia that was bankrolled by Japan and is intent on doubling production and making sure no new mines go into production outside of China. It’s a difficult sector, and with pricing staying at the current level long term, investors should focus on companies who are refining, recycling and producing final product with a low CAPEX.”

Sector spectator Fulp also said it is difficult to get much rare earths production beyond that which Lynas and China control, and new projects have yet to prove their economic viability. However, he is a believer in one US-based rare earths company.

“MP Materials is going to be important in the US,” he said. “Mountain Pass is the best rare earth deposit in the world, there is no doubt about that … it has plenty of neodymium and praseodymium, and those are two really important ones.”

Fulp sees MP Materials taking a leading role in the North American narrative as long as it can meet specific conditions.

“Let’s hope they can get their mill running and processing, so the only thing they don’t have is separation capability, which hopefully is going to come from what Lynas is doing in Texas.”

Despite the challenges the rare earths market faced in 2019, those INN spoke to remain confident that the growing importance of the critical metals will translate to price growth and prosperity long term.

“We think pricing for neodymium oxide will keep moving between US$40 and US$50 per kilogram, a healthy range,” said GeoMegA’s Mugerman. “Demand growth will keep coming from more usage. More stability and international growth will help bring electric vehicles faster to global adaptation.”

“The Canadian and American federal governments have also committed to collaborating on establishing supply chains for critical minerals, including rare earths,” he said. “Further news on this initiative should spur continued investment interest in rare earth development companies.”

Heading into the new year, Moreno advised watching relations between Washington and Beijing.

“It is possible that the White House may delay any hard trade negotiations with China until after the November 2020 election in the US, to avoid rocking the markets. If that happens, prices may stay stable throughout 2020,” she said.