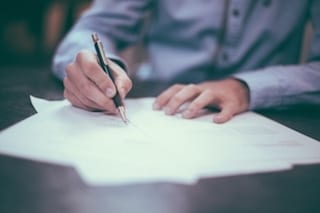 The Australian miner will sell the stake to Toyota’s trading arm for AU$292 million, according to a Tuesday news release.

Lithium producer Orocobre (ASX:ORE) has reached a deal to sell a 15-percent stake to Toyota’s (TSE:7203) trading arm for AU$292 million, the Japanese carmaker said on Tuesday (January 16).
With demand for electric vehicles (EVs) expected to continue surging in the next decade, car manufacturers are eager to join the race to secure long-term supply of key battery metals such as lithium.
As a result of the deal, the Australian miner will be able to more than double its lithium carbonate production capacity at its Olaroz operation from 17,500 tonnes per year to 42,500 tonnes. Olaroz’s first sale occurred in 2015, and output has been rising since then.


Give me my free report!
“This deal and announcement of a larger expansion at the Olaroz lithium facility strengthens the strategic relationship between Toyota Tsusho and Orocobre in the production of lithium chemicals for the growing electric vehicle market,” Andrew Barber, Orocobre’s investor relations manager, said via email.
The Argentina-based mine is the first large-scale lithium chemicals brine-based facility to be commissioned in the last 20 years. According to Orocobre’s latest quarterly report, it hit record production during the December quarter of 2017 at 3,937 tonnes.
For its part, Toyota said the investment will provide a “long term, stable supply of lithium in response to growing global demand.”
In order to meet increasing demand for electric cars, lithium supply will need to surge from 75,000 tonnes in 2016 to 550,000 by 2026, according to data from Benchmark Mineral Intelligence.
As the need for critical lithium-ion battery metals increases, more automakers are expected to skip the entire supply chain to deal directly with miners.
“Announcements from auto manufacturers over the last six to 12 months indicate that significant investment in new lithium chemical production capacity is going to be required to meet expected demand, and OEMs are expected to secure their lithium chemical supply chain with direct investment into projects and companies,” Barber added.

The deal comes as no surprise for many analysts who agree it is just the tip of the iceberg. Commenting on the news, lithium expert Chris Berry said, “this won’t be the last time this happens.”
In fact, the lithium space saw the first offtake agreement of this kind take place between Chinese carmaker Great Wall (HKEX:2333) and Australia’s Pilbara Minerals (ASX:PLS) last year.
“The ongoing efforts of auto OEMs to secure their raw material supply chains is an interesting development we expect to continue into 2018. With the major targets for EVs, producers will have to look further upstream than ever before and this could change the dynamics of raw material markets,” Benchmark Mineral Intelligence senior analyst Andrew Miller recently said.
Toyota and Orocobre have already partnered on other initiatives, and are on track to finalize plans to develop a 10,000-tonne-per-year lithium hydroxide plant in Japan.
Shares of Orocobre closed up 2.06 percent on Monday (January 15), but were suspended on Tuesday. The company’s share price has been on an uptrend, and is up more than 70 percent year-on-year.
Don’t forget to follow us @INN_Resource for real-time news updates!
Securities Disclosure: I, Priscila Barrera, hold no direct investment interest in any company mentioned in this article.