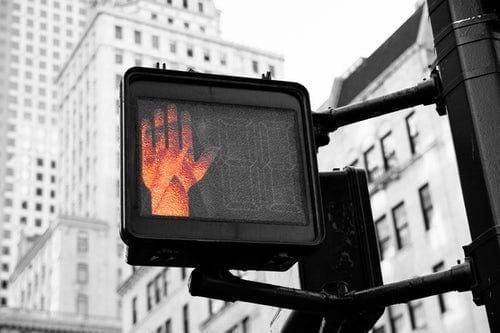 The move comes after the African country approved a new 5-percent duty on cobalt and copper concentrates imported into the country this year.

The move comes after the African country approved a new 5-percent duty on cobalt and copper concentrates imported into the country this year. Zambia is looking to keep a greater share of mineral resource profits and tackle its debt.

The company said it had been forced to suspend operations due to failing to secure materials from its other companies in the Democratic Republic of Congo (DRC), the world’s top cobalt producer and Africa’s top copper producer.

“In light of recent developments related to the import of feedstock into the Republic of Zambia and following discussions with relevant labor union representatives, we have temporarily suspended operations at Chambishi Metals with 351 workers placed on paid leave,” a spokesman for ERG Africa confirmed to Fastmarkets.

“We are exploring all options in order to resume operations as soon as possible,” he added.

The Chambishi refinery processes feed from ERG’s Boss Mining and Frontier Mine in the DRC, with a cobalt metal output capacity of 6,800 tonnes per year.

CRU estimates that Chambishi was responsible for around 7 percent of global cobalt metal supply in 2018, and it is a key producer of broken cathode material together with CTT. Broken cathode is a preferred metal product for dissolution in acid and conversion to cobalt chemical for the battery supply chain.

Chambishi Metals is 90-percent owned by ERG, with the remaining 10 percent held by ZCCM-IH (EPA:MLZAM) on behalf of the Zambian government.

Even though the tonnage removed from the market is limited, the news of another unexpected closure in the cobalt supply chain will increase fears over security supply, Benchmark Mineral Intelligence Analyst Caspar Rawles told the Investing News Network.

Late last year, Glencore’s (LSE:GLEN) Katanga (TSX:KAT) suspended the export and sale of cobalt produced from its 75-percent owned Kamoto Copper Company project in the DRC until further notice after finding high levels of uranium in the ore. Katanga said it intended to construct an ion exchange system to remove the uranium, which was recently delayed by the DRC government, with resumption of exports now expected in 2020.

After Katanga’s suspension, the Chambishi news adds another hurdle to cobalt production this year.

“Growth in cobalt production in 2019 is now expected to come from ERG’s RTR project and Chemaf’s Mutoshi facility, both projects are new and ramping production in yet to be proven processing circuits which can be problematic — adding to the growing concerns over adequate supply growth for 2019,” Rawles said.

Speaking about how this will impact the cobalt market in the short-term, CRU Senior Analyst George Heppel told the Investing News Network he doesn’t expect the Chambishi suspension to result in a realized tightness in the market.

Similarly, Benchmark’s Rawles doesn’t expect to see much of a response in the market immediately, although the Chambishi news might help to stabilize the metal price or create a more firm floor in the falling market.

Cobalt metal prices have been on a downtrend since last year, hitting a two-year low on the London Metal Exchange at US$30,000 per tonne.

Rawles also said that another point to consider is the Chambishi suspension is another case of mining legislation changing very quickly within Africa which will put off investors. In addition to Zambia’s 5-percent import duty, the DRC increased mining taxes and royalties to 10 percent last year — both moves fiercely opposed by international miners.

“This might delay further investment in the region, which will be vital for cobalt supply keeping up with growing demand in the future,” he added.

Analysts remain positive on long-term cobalt demand as the need for the metal increases supported by a forecast surge in electric car sales. Cobalt is a key element in lithium-ion batteries used to power electric cars.

Benchmark Mineral Intelligence expects cobalt demand to raise four-fold to 219,679 tonnes by 2023 and to 276,401 by 2028, if full lithium-ion battery megafactory capacity is achieved. Similarly, Roskill expects the cobalt market to break the 200,000-tonne mark by 2024.