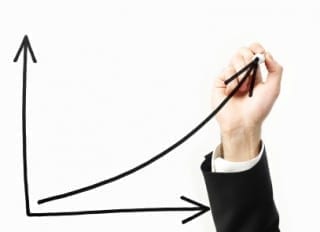 The zinc price is up about 25 percent since mid-January, when it hit a seven-year low of $1,460 per tonne.

Zinc didn’t fare well in 2015, but like many metals (gold, platinum and iron ore, to name a few) it’s enjoyed a rebound so far in 2016.
How big of a rebound? According to a Wall Street Journal article published Wednesday, zinc is up about 25 percent since mid-January, when it hit a seven-year low of $1,460 per tonne.
Specifically, LME zinc was sitting at $1,797 at close of day Wednesday, having risen 2.1 percent. According to Reuters, the rise came as “speculators piled back into the market on hopes more production cuts would lead to shortages.” Prices for zinc and other base metals were also buoyed by hopes of more economic stimulus measures from China.
Explaining further to the news outlet, Commerzbank’s (ETR:CBK) Daniel Briesemann said, “[p]rices are being driven by sentiment and momentum at the moment, but on a longer-term basis it is also being driven by the expectation that production will be cut, in some cases considerably, and China will probably continue to keep its economy alive with its stimulus programme.”


Give me my free report!
Production cuts in the zinc space are a sizable question mark at the moment. While 2015 brought zinc production cuts from Glencore (LSE:GLEN) and Nyrstar (EBR:NYR), it’s uncertain whether more will follow. Furthermore, there’s some fear that producers of the metal will simply increase their output if the zinc price rises.
That said, recent comments from Glencore Chief Executive Ivan Glasenberg are encouraging. He told the Financial Times earlier this month, “[w]e definitely don’t want to put tonnes in the market where the market doesn’t need it.”
For his part, it seems like Glasenberg will be watching refinery charges in order to gauge when the zinc market may be able to accommodate more production without a drop in the zinc price. As the Financial Times explains, refinery charges (charges paid by smelters to miners to refine zinc concentrate) “tend to rise when there is enough concentrate supply and drop as supply becomes tighter.”
According to Glasenberg, at the moment refinery charges are at “exceptionally low levels,” meaning that zinc concentrate supply is scarce. However, refined zinc is not yet in short supply. And some believe that means zinc’s current price rally will likely see a pullback before it continues.


Give me my free report!
“Recent price strength is likely to fade back to $1,600/t or lower while we await real metal tightness, which still feels a few months away at this stage,” Macquarie Group’s (ASX:MQG) Vivienne Lloyd told the news outlet.
Looking longer term, FocusEconomics states in its February commodities consensus forecast that the analysts it polled for the report see the zinc price averaging $1,731 in Q4 2016. That said, some analysts were more optimistic than others — the top Q4 2016 zinc price prediction was $2,050, while the lowest was $1,115.
Zinc market participants will no doubt be keeping a close eye on China for clues on which of those outlooks may be correct.