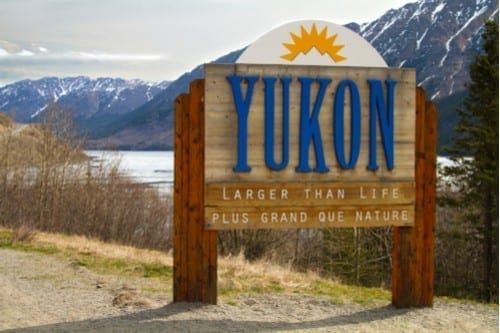 CEO Brandon Macdonald shares insight on the Yukon-focused company’s busy year and why it might be the next zinc takeover target.

Fireweed Zinc (TSXV:FWZ) has had a busy year — from releasing a resource update to publishing a preliminary economic assessment (PEA), the Yukon-focused company has been moving forward quickly at its Macmillan Pass zinc-lead–silver project.

On a recent trip to the Yukon, the Investing News Network (INN) had the chance to sit down with CEO Brandon Macdonald. Speaking at the Yukon Investment Conference, Macdonald shared insight on his company’s progress and where it’s headed in the future.

Read on to hear what’s next for Fireweed and where the zinc market stands. If you’d like to read more about INN’s trip to the Yukon, you can click here, here and here for the three-part overview.

INN: For those who may not be familiar with Fireweed, could you give a brief rundown?

BM: We have one project in the Yukon Territory, the Macmillan Pass project. [Those are] zinc-lead-silver SEDEX-style deposits we have there — we bought those deposits off Hudbay Minerals (TSX:HBM,NYSE:HBM) and did an IPO last year, so we are a relatively new company.

In the last 12 months we’ve put out a resource update and a PEA. Both looked very good. We’ve just been building on that.

INN: What are some highlights from the resource estimate and PEA for Macmillan Pass?

BM: The resource came out in January, and we demonstrated 11.2 million tonnes indicated and 39.5 million tonnes inferred at about 10 percent zinc equivalent. That puts the all-in tonnage at a level that is extremely unusual for a junior to possess. With the takeout of Arizona Mining by South32 (ASX:S32) we’re the biggest zinc project left standing held by a junior. So that’s a pretty exciting place to be.

We did a PEA that just came out on May 23. We saw on the back of $400-million CAPEX a ~$450-million after-tax NPV, a 24 percent after-tax IRR and an 18-year mine life. So it’s a large-scale, multi-cycle, economically viable zinc project. We’re pretty excited, and we think we can make it a lot better too.

INN: What was the reaction from investors?

BM: Our resource update I think really caught people by surprise. I don’t think they were expecting it to be as big as it was, and I think it launched us into the next size category. We went from being in the mix with a bunch of other companies to out in a category with just a few. So that was pretty good. We’ve also had pretty good share price performance over the last year.

INN: Can you put the size of Macmillan Pass into context?

BM: Arizona Mining is a lot bigger. But the big zinc deposits in the world that are larger than 50 million tonnes and greater than 7 percent zinc equivalent — there were only two juniors on that list, there was us and Arizona Mining, and now it’s just us. All the other projects [of that size] are held by Teck Resources (TSX:TECK.B,NYSE:TECK) and the like.

INN: Are you hoping Fireweed will be acquired or do you plan to take Macmillan Pass through to production?

BM: We’re pragmatic and opportunistic. The safest thing is to operate under the assumption that you’re going to build it and take that seriously. But any reasonable offer will of course be entertained.

INN: What are Fireweed’s plans for the summer?

BM: We’ve got a pretty big program planned this summer. We raised $12.5 million in February, and we’re doing about 8,000 to 10,000 meters of drilling this summer. We’ve got three drills on site, [and we’ll be doing] some regional exploration. It’s going to be a busy summer for us — I anticipate we’ll be able to grow the resource some more, and hopefully find some new zones as well.

Editor’s note — since this interview took place Fireweed has released an exploration update, reporting the completion of 4,225 meters of core drilling across 16 holes. Initial assays are expected in the coming weeks.

INN: How do you feel about the zinc market right now?

BM: I think that the average zinc pundit always assumed it was going to come off — it was just a matter of when and how much does it come off. The last year it’s been a real supply squeeze. The question is what does it peak at and what does it come down to?

We maintain that it doesn’t come down to the levels it was at before, which is pretty standard for zinc. You get these decade-long cycles where it goes up and down and then up again and then down, but above where it went down to before. It kind of just ratchets up.

We used a long-term price of $1.21 a pound in our economic study. We think that’s a pretty reasonable long-term estimate, as much as anyone can predict what the zinc price is going to be over 20 years starting in five, 10 years from now.

INN: There are some big mines coming off, and many believe they’re not being replaced to the degree that they need to be.

BM: That’s pretty common amongst the base metals — the underinvestment in exploration and development. And then zinc is a bit unique because China produces so much. If that supply is vulnerable — so much of it comes from small mines — it could mean long-term high prices of zinc if it comes off.

INN: Overall do you anticipate that MacMillan Pass will come online at a good time in the cycle?

BM: Who knows — it would take over five years to get going. I think the appeal when you’ve got that 18-year mine life is that you don’t need to time it perfectly — it’s multi-cycle. If you’ve got a short mine life you’d better nail that, [but] for us it’s less of a deal.

INN: How did your financing earlier this year go? Was it easy to raise the money?

BM: In February we went out for $10 million, and less than 48 hours later we closed at $12.5 million. It was really good. The lead on that was Resource Capital Funds in Colorado. They take their due diligence pretty seriously, so I think that helped other investors come in. They assumed correctly that Resource Capital Funds had given us a good check over.

INN: We’re here right now in the Yukon — what do you like about operating here?

BM: I’m from here originally, so in addition to the collaborative relationships we see with government and First Nations, one of the things I’m particularly fond of is the industry camaraderie here, which hasn’t existed in any other jurisdiction I’ve worked in. Everyone knows each other, everyone works together.

We have a company near our project — they’ve had problems with their camp, so we’ve been helping them use our site for a bit. That’s something that is total commonplace in the Yukon, but in other jurisdictions is unheard of. I really like that. I like that everyone knows everyone and you work together.

INN: Any final thoughts you’d like to leave investors with?

BM: Minister [Ranj] Pillai was talking about infrastructure investment. Obviously our PEA includes $100 million to upgrade the government road to our project. We maintain that in that sort of collaborative relationship the government is likely to come in and help or outright pay for it. Really our economic study includes a large chunk of CAPEX that hopefully we can get alleviated. That would make it even better.

Editorial Disclosure: Fireweed Zinc is a client of the Investing News Network. This article is not paid-for content.