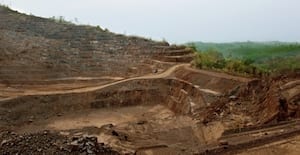 Global demand for zinc is outpacing supply, sending prices for the metal to record highs in the past few years. A lack of new mine supply amidst rising infrastructure development, especially in China, is expected to continue driving prices.

High zinc prices are highly supportive for zinc producers, and an attractive incentive for zinc exploration and development companies. The search for economically viable zinc deposits is on, but where and how to find them?

SEDEX are the go-to for zinc

Over half of worldwide zinc and lead reserves are found in sedimentary-exhalative or SEDEX massive sulfide deposits, one of several types of sediment-hosted lead-zinc deposits. SEDEX deposits are responsible for approximately 50 percent of the world’s zinc and lead reserves in addition to being a globally important source of silver.

Fireweed Zinc Ltd. (TSXV:FWZ) is a Vancouver based resource exploration company focused on advancing its Macmillan Pass zinc-lead-silver project located in Canada’s Yukon Territory. The Macmillan Pass project hosts two large sedimentary exhalative (SEDEX) deposits—Tom and Jason. SEDEX deposits are responsible for more than half of the world’s zinc production and are also an important source of lead.Send me an Investor Kit

The world’s largest zinc producer and host of the world’s largest zinc reserves is Teck Resources’ (TSX:TECK.B,NYSE:TECK) SEDEX-style Red Dog mine in the Brooks Range of Alaska. Other global examples of this type of deposit include the Howard’s Pass District (Eastern Yukon-Northwest Territories), Sullivan (Southern BC) and Mount Isa and Century in the McArthur River District (Australia).

Occurrences of SEDEX-type deposits are found worldwide and were formed by discharge of metal-rich brines into ancient ocean basins, including those in the Canadian Cordillera, which encompasses most of the western coast of Canada, including Yukon and BC. “The enormous size of SEDEX deposits strongly suggests that basin-scale geologic processes are involved in their formation,” according to the US Geological Survey. And in fact, more than 129 deposits of this type have been recognized across a total of 25 sedimentary basins around the world.

Some of the most economically important SEDEX deposits are found in Western Canada’s Selwyn Basin, making this region one of the best hunting grounds in the world for this type of deposit. Recent research into this deposit type has led to a new understanding of how and from where they are born, opening up further exploration opportunities in never-before-explored areas.

Selwyn Basin is the best place to hunt elephants in herds

The Selwyn Basin hosts 17 known SEDEX deposits hosting a combined 55 million tonnes of zinc and lead. The largest portion of the basin lies in Yukon with the most well-known occurrences being the Howards Pass, Tom and Jason deposits, as well as the seven deposits in the Anvil District.

“The Selwyn Basin of the Yukon hosts some of the world’s largest zinc deposits yet remains highly underexplored,” Jack Milton, Fireweed Zinc (TSXV:FWZ) geologist, told the Investing News Network. Fireweed acquired the Tom and Jason deposits from Hudbay Minerals (NYSE:HBM) in late 2016. Together they comprise the core of the 46,000-hectare MacMillan Pass zinc project — one of the world’s largest undeveloped zinc resources.

Milton says these two deposits “are located at the geological sweet spot for finding SEDEX systems — at the edge of the Paleozoic shale basin.” Paleozoic refers to the period of time the basin was formed. SEDEX deposits were formed during two distinct time periods, the Proterozoic and the Paleozoic. The second includes the deposits of the Brooks Range and the Selwyn and Rhenish (Germany) basins.

SEDEX-style mineralization also tends to occur at a district scale, making for a long mine life with plenty of upside exploration potential. “They also occur in clusters, which means that after discovering only two deposits, Tom and Jason, there is high potential for discovering additional deposits in the project area, and potentially extending the mine life or increasing throughput,” added Milton.

Challenging to find, worth the hunt

The unique geology of SEDEX deposits that makes them such attractive targets also makes them particularly difficult to find, which is why there haven’t been any new major discoveries since the 1980s. “They do not have a distinct geophysical signature, which makes direct detection by traditional means challenging,” according to Milton. “Many of the world’s SEDEX deposits were discovered in outcrop, and the discoveries of the future will likely be blind — hidden by overburden or cover rocks.”

Exploring for new SEDEX deposits in these blind spots will no doubt be challenging, but it represents a great opportunity for those companies armed with the right geological knowledge and tools.

According to the US Geological Survey, there is not much definitive agreement on the hydrological processes responsible for the hydrothermal systems that created SEDEX deposits. The name SEDEX, or sedimentary exhalative, implies that hot mineralizing fluids exhaled into reduced, sulfidic waters in the deep ocean. However, more recent research suggests that metal-rich brines may have formed shale-hosted zinc deposits below the seafloor by the replacement of barite, not necessarily in rocks that were deposited in a deep marine setting.

The research, led in part by Joseph M. Magnall, has hugely positive implications for exploration and the potential for new discoveries, especially in the Selwyn Basin. “This opens up large parts of the basin to exploration that were previously ignored and means that deposits may be detected by broad geochemical halos in the hanging wall,” said Milton.

Fireweed Zinc will use this new deposit model to focus its exploration and development work at the MacMillan Pass project. “The project area has not been explored in almost 30 years and so offers a unique opportunity to use modern exploration methods in an area that is ripe for discovery,” said Milton. “The new model will be used to vector back towards the high-grade material that formed around the feeder zones — this will be the focus of the step-out and infill drilling.”

In addition, the company is planning an aggressive mapping and sampling program for 2018, supported by high-quality geophysical surveys. This data will be used to model the architecture of the basin to identify key structural-stratigraphic SEDEX targets for future drilling.

In today’s resource exploration industry there is truth in the saying, “all the low-hanging fruit have been picked.” Yes, finding new SEDEX-style deposits means geologists will have to take a bet on the blind spots. However, a deeper understanding of the geology coupled with the highly incentivizing zinc market fundamentals is driving zinc explorers to do just that.

This INNspired article is sponsored by Fireweed Zinc (TSXV:FWZ). This article was written according to INN editorial standards to educate investors.

Comments are closed.
×
See our exclusive index of Zinc companies on the move
EXPLORE