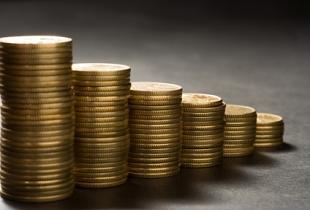 Sedimentary copper can be deposited through different processes. However, the formation is the result of the movement of a copper-bearing fluid through strata, that for one reason or another precipitates. Precipitation is generally due to a of chemical change, either through the contact of certain host rocks, or as in the case with sedimentary exhalative deposits,  through contact with water. Sedimentary copper may be deposited in the pore spaces of permeable rocks, or in faults and fractures. A common cause of precipitation is when copper-bearing fluids across a reduction front, resulting in the precipitation of copper sulfides. While sedimentary rock-hosted stratiform deposits are relatively common- large sized deposits are not. Currently, supergiant deposits arerecognized in only three basins: the Paleoproterozoic Kodaro-Udokanbasin of Siberia, the Neoproterozoic Katangan basin of south-central Africa, and the Permian Zechstein basin of northern Europe.

Copper can be deposited in sandstones and shales from the precipitation of metals from fluids circulating in the host rock. Geologists’ have differing opinions as to whether this generally happens at the time the host rocks were deposited or later on, but both schools of thought agree that the minerals were deposited when the fluids reached a “chemical trap”, a place where the chemistry of the rock changed in a way that made it impossible for the metals to remain in solution. Examples of copper-bearing sandstones can be found in Zambia and the Democratic Republic of Congo.

These large, regionally extensive deposits are similar to the red-bed type. Kupferschiefer-type deposits form in a transitory marine-terrestrial environment, most likely created by the gradual submergence of land by a shallow sea. Kupferschiefer deposits are a result of red-beds, formed in a terrestrial setting, being overlain by reduced marine sedimentary rocks.

SedEx deposits are formed when hydrothermal fluids enter a water reservoir, such as an ocean, and precipitate minerals. SedEx deposits are the world’s most important lead and zinc source, and a secondary source of copper.

TNG recently acquired the McArthur River tenement, 50 kilometers south of the township of McArthur in Australia. A maiden exploration program is currently underway on the property. The tenement includes numerous prospective copper targets identified from previous stream sampling results and prospective geology. Exploration will be aimed at large scale sedimentary hosted copper deposits similar to Mount Isa and Gunpowder in Queensland and the large copper deposits of Zambia and the Democratic Republic of Congo.

Owns the Caribou Dome property, located in the Talkeetna mining district of Alaska. The Caribou Dome Prospect is located on the transition zone between a belt of volcanic rocks and a sequence of sedimentary rocks, and the primary resource target is copper.