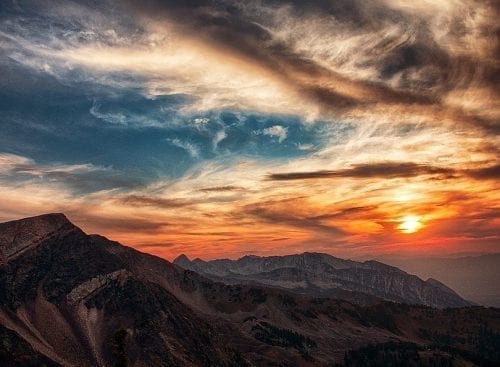 The company says in its H1 report that it is confident it will hit its copper guidance targets on the back of higher grades, clear pipelines and higher throughput.

The company’s earnings before interest, tax, depreciation and amortization were reportedly down 16.2 percent year-on-year, from over a billion dollars in H1 2017 to US$904.2 million in H1 2018.

Right off the bat though, CEO Iván Arriagada struck an optimistic tone, saying that Antofagasta had predicted “this year [would be] a tale of two halves.”

“The first half, on which we are reporting, is expectedly softer due to lower sales tonnes and grades and higher costs, but we are expecting tonnages and unit costs to improve substantially during the second half and well into 2019 as mined grades increase in line with our mine plan,” he said.

“Our confidence in achieving this is underpinned by the reiteration of our previously stated copper production guidance and net cash cost guidance for the full year of 705-740,000 tonnes at US$1.35 per pound,” Arriagada continued.

He said that despite “external factors,” the company is well positioned thanks to demand for the red metal, which the company touched on in its outlook.

“The copper market outlook in the mid to longer term continues to be favorable as demand is expected to grow at around 2 percent while supply growth remains constrained,” says the report.

However, ructions cannot be ignored, with Antofagasta saying there are no “significant” impacts yet.

“In the shorter term, there is considerable market uncertainty with the outcome of current international trade negotiations unclear. However, so far no significant impact has been seen on copper demand that can be attributed to this uncertainty, although some positional financial trading is apparent. In the meantime, the strength of the US dollar appears to be impacting copper prices, although the corresponding impact on the company’s local costs partially offsets this,” the report states.

As of Monday (August 13), copper was trading at US$6,080 a tonne on the London Metal Exchange, down over 15 percent since the beginning of the year.

Antofagasta’s four mines produced 317,000 tonnes of copper in H1, down 8.5 percent year-on-year due to lower grades at Centinela and a pipeline blockage at Los Pelambres.

Even so, output guidance remains unchanged, with the company expecting production to be up in H2 “mainly due to higher grades at Centinela, higher throughput and grades at Los Pelambres, and the 9,200 tonnes of copper in concentrates stockpiled at the Los Pelambres plant on account of the pipeline blockage in April, that will moved to the port.”

In other minerals, gold production was down a whopping 35.8 percent to 72,000 ounces, again due to lower grades at Centinela, but molybdenum production was up 31 percent to 5,900 tonnes thanks to higher grades, throughput and recoveries at Los Pelambres.

Antofagasta also announced it has successfully concluded its labor negotiations, with the next round all the way off in the second half of 2019. That sets it apart from its competitors, which have plenty of headaches when it comes to unions and strikes.

Investors did not react particularly well to Antofagasta’s report, with the company’s share price falling 6.97 percent on Tuesday (August 14) in London to GBX 886.4, down GBX 66.4 at market close.