Copper prices were modestly higher on Tuesday, rebounding from an 11 week low, after strong manufacturing data from the United States boosted the outlook for metals demand from the world’s second-largest consumer. 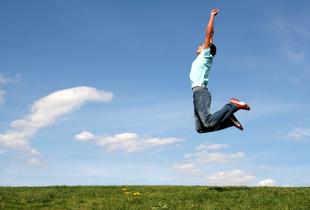 Copper prices were modestly higher on Tuesday, rebounding from an 11 week low, after strong manufacturing data from the United States boosted the outlook for metals demand from the world’s second-largest consumer. The national purchasing managers index (PMI) rose to 58.4 in January from 54.9 in December, according to data released by the Institute for Supply Management on Monday.

Buying was also encouraged by a relatively weak US dollar. The ICE Futures US dollar index is down 0.075 point to 79.345; a softer dollar tends to support copper by making it less expensive in other currencies.

According the Barclays Capital analyst Kevin Norrish, imports of copper into China have maxed out.  Copper imports in 2008 increased due to the government stimulus spending; now looking forward to 2010 imports will fall by 1 million tonnes.  Norrish is confident that the bottom will not drop out from under the copper market as rising demand from other nations will counter that decline.

Norrish is bullish on the copper market, despite declining Chinese demand.  Lending support to copper will be predicted supply constraints that according to Norrish will send the price of copper to $8,500 per tonne by 2012. “If we are going to see a surprise this year, the surprise is going to come from demand… indicators are pointing to a stronger OECD demand rebound,” added Norrish.

Anvil Mining will start production at its Kinsevere mine in the Democratic Republic of Congo next year.  First year production will equal 40,000 tonnes of copper, increasing to 60,000 tonnes in 2012. The company’s two other smaller copper units, Dikulushi and Mutushi, will remain under care and maintenance until the Kinsevere mine reaches full capacity.

Anvil completed a $200 million financing arrangement for the Kinsevere project in 2009 and the mine project was now in an advanced stage of construction.  The two smaller projects placed under care and maintenance in the midst of the global financial crisis will be restarted once proceeds earned from the fully operation Kinsevere mine can be used to finance the restart.

Equinox Minerals has secured up to US $580 million in funding to pay off debts and ramp up production at its 100 per cent owned Lumwana copper mine in Zambia.  A $400 million corporate loan has been secured from state-owned Commercial Bank of China, BNP Paribas, Standard Bank and Standard Chartered Bank. The funding is expected to be finalised next month and can be increased by up to $180 million if approved by the lenders. Equinox said it would use the funds to repay a $582 million debt facility signed to develop Lumwana in 2006, for which Equinox still owes approximately $360 million. “Refinancing our existing project debt facilities with a corporate loan reflects our transition from a developer to an operator of a world-class mining asset,” commented chief executive Craig Williams.

Bad weather will result in lower than anticipated production from Quadra Mining’s Carlota copper mine in Arizona. The mine, located just west of Miami, Arizona, has experienced a series of major rains storms, resulting in excess accumulation in the mine pit, the Canadian copper and gold miner said in a statement. Quadra did not say to what degree production would be affected, but said the impact on the company’s overall 2010 production forecast of 250 million pounds of copper would not be significant, as it hopes to recover the lost pounds over the course of the year.