Hopes for an improved outlook for the US economy, coupled with higher hopes for the euro zone to resolve its debt crisis, is leading copper to surge. 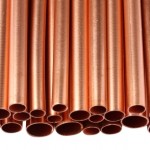 High hopes for a global economic upturn lifted up copper prices this week, as investors expect the latest US jobs data to be released Friday to have markedly improved. Meanwhile, cautious optimism that the Eurozone will get a better handle on its debt situation are rising.

The benchmark Comex December copper surged 5.4 percent to $3.27 45 a pound with bargain hunters swooping in after the red metal plunged over 20 percent last month.

It has been a roller coaster of a week for the red metal, having hit a 14-month low Tuesday. Granted, copper had traded close to $1 per pound at the height of the 2008 recession, and yet had come back to nearly $4.50 over the past three years amid expectations of steady global growth, led in particular by increased Chinese demand.

Over the past two days, the metal that is a key component to everything from car parts to power generation to construction material has gained upward momentum following Federal Reserve Chairman Ben Bernanke’s testimony before the Congressional Joint Economic Committee, as he stated that the Fed would keep interest rates low until mid-2013 in an effort to keep the US economy from going into recession.

Meanwhile, the Lisbon-based International Copper Study Group gave further momentum to the metal as it projected this week that the world’s copper market will post a 250,000 tonne production deficit in 2012 but the figure will be more balanced by 2013 as global growth slows down.

In addition, the London Metals Exchange reported a surge in cancelled copper warrants at 60,000 tonnes, reaching their highest level in over two years, according to the National Post. It concluded that demand is expected to rise as a result, since a cancelled warrant signals that the metal is earmarked for delivery and the buyer is ready to put the copper into use.

Still, caution remains in the wind as Bank of America Merrill Lynch lowered its copper price projection for 2012 Thursday to $8,375 per tonne from $11,250, stating that “downside risks to base metal demand persist across the globe, even though a stabilization of economic growth is possible through 2012.” Goldman Sachs too lowered its 2012 copper price forecast earlier this week to $9,200 a ton from $10,790 as the investment bank cut back its global GDP growth projection for 2012 to 3.5 percent from 4.3 percent.

Africa’s biggest copper producer Zambia, meanwhile, lifted its ban exporting the metal. Zambia’s Ministry of Mines and Minerals Development reversed its decision from Tuesday as it deemed the ban to be too disruptive to the copper trade. There is growing concern that Zambia’s latest attempt to ban copper export exemplifies a trend among African nations to nationalize their natural resources. Governments across the continent are looking to increase their revenue from mines, and Zambia is expected to release new guidelines about state control of its mines later this month.

On the corporate front, the senior vice president of Freeport-McRoRan Copper & Gold  (NYSE:FCX), Javier Targhetta, told Bloomberg during the London Metal Exchange industry week which kicked off Monday that it is selling less metal in Europe while demand in the United States is about the same. Targhetta pointed out, however, that demand in China remains robust, with Asian sales accounting for 40 to 45 percent of the company’s overall sales.

Meanwhile, 90 percent of the 12,000 workers at Freeport-McRoRan’s gold and copper mine in Indonesia will be extending their strike to a second month as they demand pay increases from $17.50 to $43 per hour from the current $2.10 to $3.50 an hour.

As for Japan’s third-largest copper producer Mitsubishi Materials  (TYO:5711), it lifted force majeure on concentrate shipments to its Onahama smelter in Fukushima prefecture following the March 11 natural disaster which struck the country. It had begun partial operations from June 30, after the earthquake and tsunami forced the company to miss deliveries due to circumstances beyond their control.

The first shipment of copper concentrates from Copper Mountain Mining (TSX:CUM) arrived at Onahama Tuesday totaling 11,200 wet tones of concentrate. The concentrate was made up of the following metals (an approximation) 5.6 million pounds of payable copper, 40,600 payable ounces of silver, and 2,470 payable ounces of gold. At current LME  prices, this shipment is worth an estimated US $29 million.

Looking ahead, all eyes are on the release of the latest monthly US jobs data for clues as to the global economy’s future direction. Copper’s outlook also will be swayed by persisting concerns about Europe’s financial situation, but some investors may be enticed to shore up the red copper on bargain hunting.