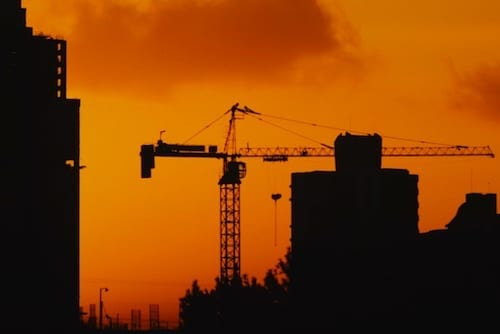 A month and a half long slump in copper prices appears to have come to an end, at least for now, with the red metal undoing some of the damage done by the trade war so far in 2019.

The increase has been attributed to news that China is taking steps to increase investment in infrastructure by allowing local governments to use proceeds from special bonds to fund major projects.

Analysts at Goldman Sachs (NYSE:GS) believe the new measures could smooth the way for more projects to go forward and, by extension, chew up copper supplies.

“We believe these new measures could make it easier for projects to meet the requirement of the minimum capital ratio and allows firms to leverage more loans from banks (or issuing bonds),” they wrote in a note.

Copper had been down in the dumps since late April, when it started sliding due to inflation fears in the US and comments by US Federal Reserve Chair Jerome Powell. His words took all the base metals for a swan dive at the time.

Trade war ructions have not been helping, with US President Donald Trump’s subsequent increase in tariffs on Chinese goods holding base metals under since early May.

In their June 2019 consensus forecast, which was released on Tuesday, analysts at FocusEconomics blame Trump for “wrong-footing” analysts with the tariff increases.

“The news raised anxieties over a slowdown in China’s industrial sector, thus sending prices for the red metal down throughout the month,” says the report.

In their April forecast, the same analysts had been optimistic about US-China trade war talks. They called them “productive” at the time, leading them to muse that the copper price could continue its mildly bullish trend for the year due to supply constraints.

“Scheduled maintenance work in Chinese smelters, periodic roadblocks at Peru’s Las Bambas mine and political uncertainty and power shortages in Zambia have recently weighed on output.”

Despite being wrong-footed by the ever-unpredictable US president, FocusEconomics again projects that copper prices will climb in the near term, with a cooling of trade war emotions highlighted as a reason why.

“Demand is widely expected to outstrip supply owing to the usability of the red metal in new technologies, especially in renewables and electric cars,” states the report.

It continues, “Moreover, scant supply should tighten the market this year: Lower refining costs in China are seen squeezing smaller smelters in Japan, South Korea and Chile, while slow investment in new mining projects is likely to weigh on output in the long-term.”

Of the 34 analysts polled by FocusEconomics for June, 19 kept their forecasts for red metal values the same, while two increased their forecasts and seven downgraded theirs.

Currently, the consensus of analysts polled is that copper will trade at an average value of US$6,460 in the third quarter of 2019 before increasing to US$6,504 in the final quarter.

The lowest copper forecast is US$6,000 for Q3 from Sweden’s Handelsbanken, while the highest forecast is a stratospheric US$7,250 from Canada’s BMO Capital Markets.

One response to “Copper Price Jumps on Chinese Infrastructure News”