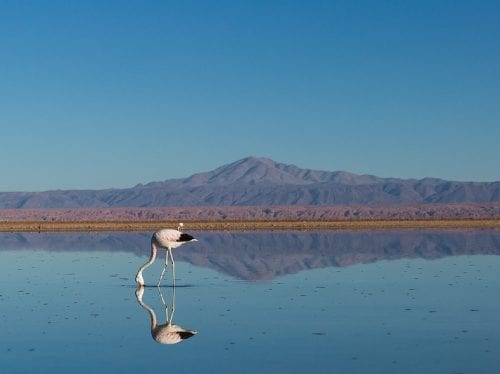 Copper CEOs agree that there is still money out there, but “that money is hard to get, and you need a good project to get it.”

At a copper CEO roundtable at the Vancouver Resource Investment Conference, the leaders of multiple junior copper companies talked about the trouble with raising money in the industry.

Vince Sorace of Kutcho Copper (TSXV:KC) said that amongst other things, a lot of “institutional money” is yet to make its way back into the sector since the end of the global financial crisis.

“Institutional money that was there traditionally to fund projects like us basically hasn’t come back since 2011 — they suffered some heavy losses and really they’re just not around. These days money is coming from basically corporates, strategics, and private equity is soaking up a lot of the money out there.”

He said that while the money still out there, “that money is hard to get, and you need a good project to get it.”

John Black, who is a director at Chakana Copper (TSXV:PERU) and the CEO of Regulus Resources (TSXV:REG), said the same thing.

“We see retail investors and retail money through traditional sources like private placements quite difficult to raise. It’s been very difficult for companies to get money out there right now.

“However, what’s replaced that are essentially funds, large funds, or strategic investors. In many cases a mining company or a large significant shareholder is backing it.”

Junior miners set up to develop projects and then be acquired rejoice though.

“It’s a very unusual market in that we have most of the major mining companies pestering us to look at our projects, and (they’re) very anxious to see how our progress is coming along, very optimistic of the copper price going forward and needing assets.”

No comment on who was doing the pestering, however.

Sorace agreed that larger companies were “coming down the food chain a little to find decent assets — and that’s where the equity lies.”

Later on, Black elaborated on why building a company into one that develops a project and is then acquired, rather than taking it all the way to production was an ideal scenario for investors looking for a faster return.

“Many times there’s a lot of value added from the discovery stage and prefeasibility, and there’s often a big gap between prefeasibility and getting it into production. It requires a very different skill set in a company.”

He said that all of the companies he worked with were designed to do the most beneficial work from discovery to prefeasibility, and if they wanted to take a project into production, they would need to be “re-tooled into a mining company.”

“So it’s a quicker return to investors, and avoiding what we refer to as ‘death valley’ — the gap between prefeasibility and when you actually get it into production.”

Finally, each CEO was quite optimistic about the copper price one year from now. Black set his estimate for January 2020 at US$3.25 a pound, while Sorace estimated US$3.20. Meanwhile, CEO of Vizsla Resources (TSXV:VZLA) Michael Konnert was extremely optimistic — forecasting US$4.50 “times ten”.