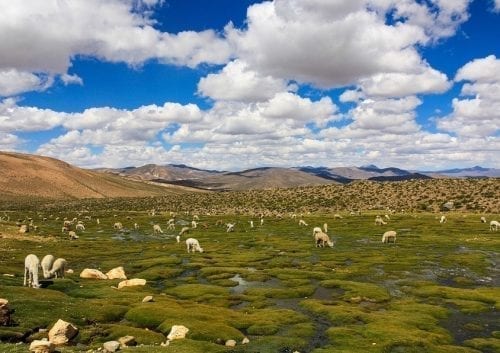 The CEO of Buenaventura has confirmed the company is seeking to work with Southern Copper to develop the US$2.5-billion copper mine.

Peruvian precious metals miner Buenaventura (NYSE:BVN) has confirmed to reporters that it’s seeking a deal with Grupo Mexico’s Southern Copper (NYSE:SCCO) on the Michiquillay project in the Andes of Northern Peru.

Speaking with Reuters at the International Gold and Silver Symposium in Lima, Buenaventura CEO Victor Gobitz said his company has approached Southern Copper to work together on developing the US$2.5-billion mine in the Cajamarca region.

Southern Copper and Buenaventura already work together there at the Tantahautay gold–silver mine.

“They were receptive … but it’s up to them to evaluate the preliminary proposal,” said Gobitz in an interview with Reuters.

Buenaventura hopes to build on existing cooperation with Southern Copper in the region. Not only do the companies share the Tantahautay mine, but Buenaventura also operates the La Zanja mine nearby.

Gobitz said that the two companies could “create more value” through working together and suggested that “there would be synergies.”

Southern Copper earned the right to work on the Michiqullay project in February of this year by offering the Peruvian government US$400 million in cash and 3 percent in royalties. Previous operator Anglo American (LSE:AAL) had walked away due to financing issues.

Buenaventura did not bid for Michiquillay at the time, but was registered to do so.

Southern Copper says Michiquillay is a world-class mining project with the potential to produce 225,000 tonnes of copper a year, as well as by-products gold, silver and molybdenum, with a life of 25 years.

In the original release, Southern Copper says it plans to begin production in 2025 and notes that Michiquillay will be one of the largest copper mines in Peru.

Peru is seemingly awash with stalled and delayed copper mines, including Anglo American’s Quellaveco mine, and Southern Copper’s own Tia Maria, which has been suspended since 2015.

Tia Maria has been blocked and obstructed since 2015 due to local concerns over water — an issue that has come up in the future of Michiquillay’s construction.

In news about Southern Copper’s acquisition of Michiquillay, the government was quoted as assuring villagers that construction of the mine will not affect water supply.

Tia Maria, which is meant to produce 120,000 tonnes of copper per year, is half the size of Michiquillay — and while Southern Copper has slowly been grinding towards reopening the mine in Southern Peru, it is not being made easy by the administration of Prime Minister Cesar Villanueva, who said in April that the government will not “impose” any projects on communities.

Michiquillay’s journey towards operation could therefore be similar to that of Tia Maria. News on Southern Copper’s answer to Buenaventura’s proposal is still pending.

Peru is the world’s second-largest copper-producing country. On Thursday (May 31), Buenaventura was trading on the New York Stock Exchange at US$15.47, down 0.06 percent, while Southern Copper was trading at US$48.89, down 0.91 percent on the previous day.

One response to “Buenaventura Courts Southern Copper Over Michiquillay Project”