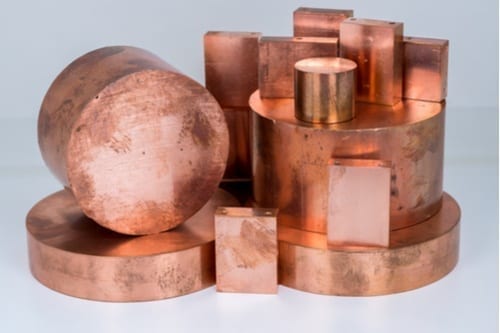 The price of copper has oscillated all throughout 2019 as trade talks between the US and China waxed and waned and disruptions limited global supply of the red metal.

Overall, the red metal’s price had increased by just 0.46 percent for the year as of early December. But one of the top copper stocks on the TSXV saw a year-to-date gain of over 100 percent. Read on to see which junior copper stocks increased the most in 2019.

This list was generated on December 5, 2019, using TradingView’s stock screener. Only companies with market capitalizations greater than C$10 million at that time are included.

Sandfire Resources America is a mining company focused on developing the Black Butte underground copper mine in Montana. The Black Butte mine is expected to begin mining operations in 2020, on track from the company’s previous estimates.

Outside of the occasional progress update from the Black Butte project, Sandfire Resources America has had a quiet 2019 as the company focuses its energy on developing the Montana mine.

VR Resources is a junior mining company with assets in both Canada and the US. The copper and gold company has been focused on exploring its Nevada asset, which VR Resources announced back in July. VR Resources also began drilling at its Roanoke copper-gold property in Ontario on October 31.

Los Andes Copper, a Canadian company, owns 100 percent of the Vizcachitas project in Chile. The company announced positive results from the project’s preliminary economic assessment in early June. In addition to copper, the company also plans on mining for molybdenum at Vizcachitas.

Oroco Resource is a mineral exploration company with two major assets: the Xochipala gold project and the Santo Tomás porphyry copper project. The company has done particularly well since the announcement of a favorable court decision that had previously blocked the Santo Tomás concessions from being registered to a subsidiary of Alamura Copper.

Pacific Booker Minerals’ flagship project is the Morrison copper-gold asset, which is currently in the advanced development stage following the completion of a feasibility study. In July, the company received the mining lease for Morrison for an initial term of one year.