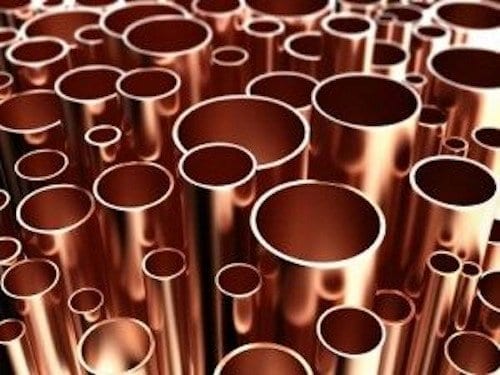 Although copper prices cooled down over the summer, recent talks confirming that the US and China will resume trade negotiations have improved the red metal’s worth.

According to FocusEconomics’ September report, the medium-term outlook for copper’s future is bright despite the summer’s slowdown, since the metal is in such demand globally.

As Q3 finishes up, the Investing News Network is taking a look at the best copper stocks on the TSX by share price performance so far this year.

All year-to-date and share price information was obtained on October 3, 2019, using TradingView’s stock screener. All companies listed had market caps above C$50 million at that time.

Ero Copper is a mid-tier producer focused on copper mining in Bahia, Brazil. Mineracao Caraba is one of its primary assets, alongside its Vale do Curaçá property. Ero Copper’s integrated operations include underground and open-pit mining activities and a conventional three stage crush and flotation mill.

On July 30, the company announced Siriema, a new discovery south of the Vermelhos mine. This discovery came as part of a targeting exercise that used data from a 2018 airborne survey. Ero Copper’s share price fluctuated often during Q3, peaking on July 19 at C$25.62.

Chile-based Coro Mining’s key asset is the Marimaca project, which it believes is “(one of the) most significant copper discoveries in Chile in recent years.”

As of October 2, Coro Mining had completed resource expansion drilling for Marimaca. Once Coro Mining has completed a resource estimate, it will conduct a preliminary economic assessment with hopes of completing it during Q1 2020. Coro Mining’s share price has declined since July, when it peaked on July 19 and July 23 at C$0.10.

Ivanhoe Mines is a Canadian mining company focused on its assets in the Democratic Republic of Congo (DRC) and South Africa. The company is advancing three major projects: the Kamoa-Kakula copper discovery in the DRC, the Platreef palladium–platinum–nickel-copper-gold discovery in South Africa and the Kipushi zinc-copper-germanium-silver mine, also in the DRC.

The company continued to make progress on its projects in Q3, particularly at Kamoa-Kakula. On August 16, Ivanhoe Mines announced the completion of a second major strategic equity investment for a total of C$612 million by CITIC Metal Africa Investments, a subsidiary of CITIC Metal.

Ivanhoe Mines’ share price suffered during the summer months, going through peaks and valleys as time went on. Its highest level was on July 5 at C$4.52.

Western Copper and Gold is primarily focused on developing the Casino project, a copper-gold property in Canada’s Yukon territory.

The company has spent most of the last quarter working on Casino, and at the end of September it shared the first results from a drill campaign at the project. Earlier in Q3, Western Copper and Gold acquired the Canadian Creek property, which is adjacent to Casino, from Cariboo Rose.

Western Copper and Gold’s share price caught some momentum midway through the summer, with its price peaking on July 30 at C$1.04, and it has since seen cyclical growth and decline. Click here for our recent interview with CEO Paul West-Sells.

Imperial Metals is a mining and exploration company based in Vancouver. The company has stakes in many mines, such as a 30 percent interest in the Red Chris mine and 100 percent interests in both the Mount Polley and Huckleberry copper mines in British Columbia.

Imperial Metals has had a quiet quarter, releasing little news outside of its Q2 earnings. It saw some surges in share price during the summer, going as high as C$2.93 on August 16.