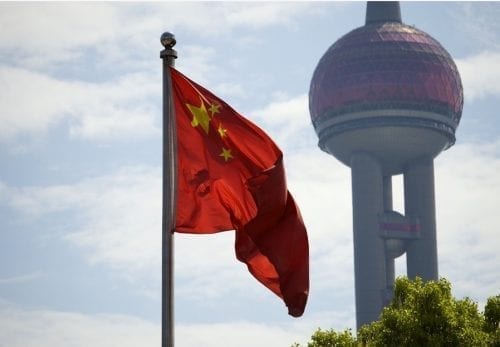 This week in base metals news: INN takes a look at the best performing copper stocks in the TSX and TSXV, an exclusive interview with Rick Rule and plenty more from Glencore’s woes to new tech.

The sanctions and tariffs long promised by US President Donald Trump are finally here, and the markets don’t like what they see.

Base metals have continued their downward journey this week, with copper hitting a new 2018 low at US$6,399 per tonne after finishing last week at an already deflated US$6,648. The red metal shows little signs it’s finished heading downwards, but it’s still well above where it was this time last year when it sat at US$5,817.

Nickel has had slightly better fortunes. Following a zig-zag pattern trending downwards with some gains along the way, nickel has lost 4.9 percent of its value over the week, falling from US$14,905 to US$14,169 per tonne. It did enjoy a slight uptick towards the end of the week though, having reached a low of US$14,095 on Wednesday (July 3).

Here’s a look at some of the top stories in base metals this week reported by INN, from a review of the best stocks in Toronto to a Rio Tinto executive being freed from jail in China.

1. The Road So Far in 2018: Best Performing Copper Stocks on the TSX and TSXV

INN took a look at what the copper-focused companies on the Toronto Stock Exchange and Toronto Venture Exchange were up to and how they were faring. Across two articles covering both exchanges, read about how miners are faring in 2018 as we pass the halfway mark.

On the TSX, Nevsun Resources (TSX:NSU) makes an appearance, with the Canadian miner drawing plenty of attention as the target of a proposed buyout by Lundin Mining (TSX:LUN) and Euro Sun Mining (TSX:ESM) who seek to divide Nevsun’s assets between them.

Nevsun has enjoyed a 38.87 percent boost in value over the year off the back of solid performance at its operating Bisha mine in Eritrea and its advanced stage Timok project in Serbia. The attention of its fellow miners is no doubt helping. Other top copper stocks on TSX with year-to-date gains include:

The best copper stocks on the TSX list was generated using the Globe and Mail’s market data filter, and it shows the TSX-listed copper companies with the biggest share price gains from January 1 to July 5. Only companies with market caps above $50 million are included.

Meanwhile on the TSXV Evrim Resources (TSXV:EVM) has seen a massive increase in its share value of 266 percent year-to date. While the boost comes mainly from positive news around its gold-silver projects, Evrim maintains a number of copper-focused properties in Canada and Mexico that will benefit from increased investment. Other top copper stocks on the TSXV include:

The best copper stocks on the TSXV list was generated using The Globe and Mail’s market data filter, and shows the TSXV-listed copper companies with the biggest share price gains from January 1 to July 3. Only companies with market caps above $10 million are included.

In an exclusive interview with INN, President and CEO of Sprott US Holdings, Rick Rule shared his opinion on what makes jurisdictions around the world risky for miners and their shareholders.

In short: politicians and their greed. “I believe the most dangerous politician is the one that’s closest to you,” he said.

Interestingly he also said that countries like the US and Canada that enjoy a “strange vacation from the perception of risk” are as risky to investors as underdeveloped economies, and shared his thoughts on how sometimes countries that might appear to be a lost cause present immense opportunity as they improve.

Australian citizen Stern Hu is no doubt savoring his freedom – on Wednesday (July 3) he was released after serving nine years of a ten year sentence in a Chinese prison for corruption and espionage charges.

Hu was arrested in 2009 as negotiations between Rio Tinto – where he was a high level iron ore executive – and China’s Chinalco broke down. He was sentenced in 2010 for accepting bribes, and also accused of obtaining and sharing commercially sensitive information that according to China, damaged it’s industries.

It marked a low-point in relations between China and major iron ore supplier Australia at the time, with the then government of Australia calling the sentence harsh. The now-serving foreign minister, who was in 2010 shadow foreign minister, sharply criticized China for the opaque trial and lack of clarity around what constitutes a commercial secret. Australian diplomats were barred from parts of the trial.

In other base metals news, Indonesia has extended the operating permit for the second largest copper mine in the world – Grasberg – as it continues negotiations with Freeport McMoRan (NYSE:FCX) over how it will secure itself a 51-percent stake in the lucrative operation.

Glencore (LSE:GLEN) hasn’t been able to catch a break – only weeks after dealing with two other major problems on its plate, its share price tumbled with news that the US authorities have subpoenaed the Swiss company, demanding documents on its operations in the Democratic Republic of Congo, Venezuela and Nigeria as part of a corruption probe. When the news broke, Glencore lost over 14 percent of its value on the London Stock Exchange as the news sent shivers through investors.

In Chile, news isn’t encouraging for BHP (ASX:BHP) as reports emerge the mining giant is far from an agreement with its unionized workers at the vital Escondida copper mine. Workers are demanding a 5 percent increase in wages.

In Australia, the Commonwealth Scientific and Industrial Research Organisation has good news for copper miners with the announcement of new technology to reduce waste and improve efficiency – good news in a time of lower grades in the industry.

In Europe, Rio Tinto chief denied a decision to move offices from London to Frankfurt was because of Brexit, instead saying that it was more about ‘synergies.’

Nautilus Minerals (TSX:NUS) had some bad news this week, with the shipyard in China, where one of its key assets in its quest to trailblaze undersea mining rescinding the contract with the subcontractor selected by the company. No news yet on where to now for the Canadian company, which only last month secured itself US$34 million to further its work.

Editorial Disclosure: NorthIsle Copper and Gold is a client of the Investing News Network. This article is not paid-for content.