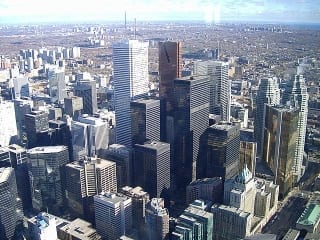 Opportunities abound when it comes to TSX pharmaceutical stocks, particularly those of the nano or micro cap variety, we’re profiling five to give investors insight.

The last three months of 2017  saw big gains for the S&P/TSX Capped Health Care Index (INDEXTSI:TTHC), which increased 46.2 percent and 37.7 percent for the entire year on the TSX and TSXV. According to data from TSX.com, this increase is more than any other index, and potentially ignites some level of hope in the Canadian pharmaceutical market for 2018.

On that note, here at the Investing News Network (INN), we looked at all  pharmaceutical companies listed on both exchanges to see how successful companies are leading the way for the life science sector on Canada’s biggest stock exchanges. Unsurprisingly, many companies doing well are in the late stages of clinical trials, have many products, and often, have partnered with other companies to develop and market products—especially globally.

Listed below in alphabetical order, the companies have market caps that range between $50 million to $500 million and were found on the list of life science companies listed on the TSX and TSXV. The numbers and figures below are current as of February 5, 2018 with data taken from Google Finance.

Listed on the NASDAQ, and TSX, Aralez is a global pharmaceutical company with products in cardiovascular, pain/inflammation and others. In 2016, Aralez is was created from Pozen and Tribute Pharmaceuticals. The company has a total of 24 products marketed in Canada, six in the US, and three in the rest of the world. The amount of marketed products means they have an attractive portfolio for investors looking for a lower-risk company to invest in, instead of one with only clinical trials underway.

BioSyent has the highest market capitalization on the TSXV as a human-based pharmaceutical—instead of animal-based—and has been named on multiple lists as a fast growing company. The company’s products range from award-winning FeraMAX iron supplements for anaemic patients and products to help doctors like pre-filled syringes. For products such FeraMAX, no other company in Canada has created an equivalent iron-supplement with this level of iron absorption. Until then, BioSyent investors will be gaining the most profit.

Cardiome may only have seven products in total—six are commercialized and the other is in development—but, they have made partnerships for some of their products in almost every country around the world. Their products are for an array of diseases and disorders such as acute bacterial skin structure infections, acute coronary syndrome and pulmonary arterial hypertension among others.

At the end of 2017, the company announced a plan for licensing commercialization of the product Aggrastat in Russia, and expanded label for the same product in China.

This company has some late-stage and commercial products. Currently, Cipher is focused on acquiring products to fulfill unmet medical needs for patients such as chronic pruritus, seborrheic dermatitis, and plaque psoriasis. The company has partners in Canada, the US and South America to help develop and market products in the countries. Though most of the company’s own products in their pipeline are still in development they generate royalty revenue from three brands developed with global partnerships.

In early 2018, Cipher announced pharmaceuticals the launch of one product in Canada, and a distribution agreement for another product in Mexico.

Another company working to develop products for unmet therapeutic needs, IntelGenx, has 11 products, and is interested in partnering for all of their drugs. Some partners are Endo (NASDAQ:ENDP), Tetra Bio-Pharma (TSXV:TBP) and Chemo Group, part of the Spanish multinational Insud Pharma. IntelGenx products cover a variety of ailments from opioid dependence, erectile dysfunction to schizophrenia.

In the end of January, the company began Phase 2a clinical trial for Montelukast Versafilm in Alzheimer’s patients, since then the company’s share price gained 11.58 percent according to Google Finance.

**This article is updated frequently. Please scroll to the top for the most recent information**

5 Nano or Micro Cap Pharmaceutical Stocks on the TSX

The Toronto Stock Exchange (TSX) has close to 1,500 listed companies—and that includes numerous pharmaceutical stocks. For life science investors, it’s an incredibly attractive market: not only is the TSX based in a country that is economically and politically stable, it’s also proven to be one of the world’s top-performing markets.

Of course, that security diminishes a bit when talking micro or nano cap stocks. These companies typically have a market capitalization below $300 million—and because of that, they’re more volatile. For the risk-tolerant investor, however, these securities can still be an attractive option: choose the right one and you stand to see significant returns.

Below, we profile five nano or micro cap pharmaceutical stocks trading on the TSX. Consider it a jumping off point, as you begin to investigate all of the options the TSX has to offer.

Theratechnologies focuses on a niche market, developing new medications to improve the lives of patients with HIV. Its primary product Egrifta, for example, treats a common side effect of many HIV medications: weight gain. Egrifta reduces fat deposits that collect around the stomach and is currently available in both Canada and the United States.

Another company product, Ibalizumab, is now in phase III testing. According to the press release, this medication is “the first humanized monoclonal antibody in clinical trials for the treatment of HIV-1 infection.” That means, if approved, it could have quite an impact on the market.

Data from the trials, while preliminary, appears promising: 82.5 percent of patients have met the primary endpoint.

Cardiome Pharma is another drug company operating in a specialty market—as the name might suggest, it focuses on cardiovascular therapies for heart disease.

The company’s current claim to fame is Brinavess, an intravenous medication that treats recent onset atrial fibrillation. In other words, it is a pharmacological alternative to electric defibrillators. Brinavess, which was launched with Merck (NYSE:MRK), has now been used with over 10,000 patients worldwide.

Meanwhile, Vernakalant IV, another Cardiome product, is currently on clinical hold—and has been since October 2010, when it was in a Phase III ACT V trial.

Cardiome regained the rights for the Vernkalent program from Merck in 2012. Going forward, the company says it plans to work with the US FDA to lift the hold on the drug and continue clinical development.

Based in Montreal, Telesta is in the business of rare diseases. It also develops cancer medications.

A press release from August 2016 provides an update on the company’s new strategic direction. That includes the termination of funding to further its MCNA program and company-wide layoffs. Hardly good news.

Interested investors can expect to see the acquisition play out in the coming weeks.

Merus develops therapies that treat everything from an overactive bladder to thromboembolic diseases. Products to date include Sintrom, Enablex, Salagen, Vancocin and Estraderm.

And Merus keeps adding to their portfolio: in March 2016, the company announced that it had acquired the rights to Surgestone, Provames, Tredemine and Speciafoldine from Sanofi (NYSE:SNY).

What does that mean for the bottom line? Well, Merus just released positive Q3 results, reporting a $25.7 million increase in revenue when compared to this time last year. “Our accelerated focus on growth products has gained momentum,” explained CEO Barry Fishman. He looked forward optimistically, hinting at plans to make use of Merus’s 36 country platform to further the company’s organic growth.

Cipher focuses on the dermatology market. Its products include Sitavig, which is an oral medication taken to prevent the outbreak of cold sores. But there’s more in development. Other product candidates include Pruridexin, Dermadexin, Ozenoxacin and Nanolipolee-007, which treat such diverse maladies as impetigo, chronic pruritus and even late stage melanoma.

Cipher also recently acquired six pre-clinical compounds, which will be used in various cancer treatments. Look for a clinical plan to be released in the years to come.