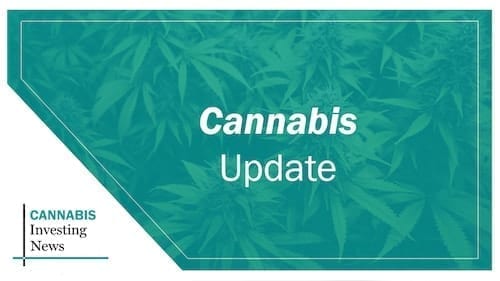 The Investing News Network brings investors in the cannabis space an update on some of the biggest developments during the month of March.

With March in the rear view window, the Investing News Network (INN) presents a closer look at the biggest stories for the marijuana investing market last month.

Two critical cannabis markets — the US and Canada — held the attention of investors. As Florida lifted a ban on smokable products, companies were able to start selling the popular products, boosting predictions for the performance of this state.

In Canada, as Ontario prepared for the opening of its retail market, further deals were signed between publicly traded marijuana companies and some of the 25 lottery winners looking to open shops.

“As the realities of a compressed schedule and complex project became clear, the third winner realized that they would benefit from our help,” Raj Grover, president and CEO of High Tide, said in a release.

Canopy Growth (NYSE:CGC,TSX:WEED) secured a second branding deal for a store in Ontario, this time by lending the Tokyo Smoke brand to a location near the popular Yonge-Dundas Square in Toronto.

The Tokyo Smoke shop completed its public notice period on Tuesday (April 2). Bruce Linton, co-CEO of Canopy, previously told INN he hopes the brands attract consumers; for Canopy, the focus is on keeping cannabis supply up for the province.

As a result of the acquisition, HEXO will become more established with retailer Inner Spirit Holdings (CSE:ISH) due to Newstrike’s partnership with Inner Spirit. The stores from the public retailer, dubbed Spiritleaf, carry a special hub dedicated to the Up Cannabis brand from Newstrike. The stores include images from Canadian rock band The Tragically Hip, which has invested in Newstrike.

“We welcome and look forward to working with the HEXO team and building on the foundation that has been put in place,” Darren Bondar, president and CEO of Inner Spirit, told INN in an email statement.

The cannabis market in Florida was in the spotlight as smokable products were finally allowed to be sold in the state. The sunshine state was also in focus thanks to developments from some multi-state operators (MSOs) active in the market.

Trulieve Cannabis (CSE:TRUL,OTC Pink:TCNNF) took advantage of the lift on smokable items to inform shareholders that these products will be available in its stores.

“Offering these whole flower products to our patients in their purest, most effective form is something we — and patients — have been looking forward to since we opened the doors of the state’s first dispensary,” Kim Rivers, CEO of Trulieve, said in a press release.

During a fiscal Q4 2018 results conference call, Joseph Lusardi, CEO of Curaleaf (CSE:CURA,OTCQX:CURLF), said he is expecting the market to double thanks to this policy change. He indicated that the company also expects to see some form of policy around edibles sometime this year.

Also last month, fellow MSO Cresco Labs (CSE:CL,OTCQX:CRLBF) confirmed the purchase of a stake in the promising Florida market. The company will pay US$120 million for local company VidaCann, which will grant it seven active dispensaries with more on the way.

Watch the video above for more on what happened during the month of March.