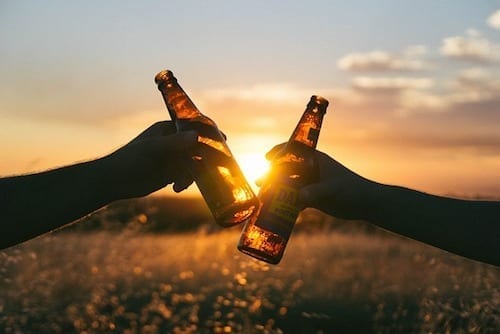 Truss, the new joint venture between Canadian LP HEXO and Molson Coors Brewing, unveiled more details on Thursday about its launch and targets.

The alcohol company and HEXO (TSX:HEXO) unveiled the partnership between the two as it seeks to develop cannabis infused beverages for the recreational market. The joint venture, called Truss, will have former Molson executive Brett Vye act as CEO.

“When consumable cannabis is legalized in Canada, Truss will be ready to make its mark as a responsible leader in providing high-quality beverages for the Canadian consumer,” Vye said in a press release.

The joint venture was first announced in August, with Molson taking a 57.5 percent controlling stake and HEXO, formerly known as Hydropothecary, gaining the remaining 42.5 percent.

Sebastien St-Louis, CEO of HEXO, will get a seat in the board of directors. As part of the transaction between the two companies closing, HEXO issued 11.5 million warrants to the Canadian division of Molson. These shares are excerisable to buy one HEXO share for a price of C$6.

“While we remain a beer business at our core, we are excited to create a separate new venture with a trusted partner that will be a market leader in offering Canadian consumers new experiences with quality, reliable and consistent non-alcoholic, cannabis-infused beverages,” Frederic Landtmeters, president and CEO of Molson Coors Canada, said when the partnership was first unveiled.

These infused beverages have become a trend item of investment from cannabis producers and now beverage companies join other established seeking entries into the emerging cannabis space.

On Tuesday (October 2), Hugh Johnston, chief financial officer (CFO) of PepsiCo (NASDAQ:PEP) said the beverage company will be taking a critical look at the cannabis market. However, no deals were in place at the time.

The Coca-Cola Company (NYSE:KO) was forced to issue a statement in response to a report from BNN Bloomberg showing the soft drinks giant was in the final stages of a deal with Aurora Cannabis (TSX:ACB).

“Along with many others in the beverage industry, we are closely watching the growth of non-psychoactive CBD as an ingredient in functional wellness beverages around the world. The space is evolving quickly. No decisions have been made at this time,” Coca-Cola said.

In September a letter from Riposte Capital, a company claiming to be the second largest public shareholder of HEXO, was made public demanding the company take critical steps to increase the value of its stock.

The letter even suggested for management to consider selling the company. In its letter, Riposte Capital estimated HEXO’s joint venture “could be worth multiples of the current market capitalization of HEXO today.”

One of the suggestions for action to take by HEXO included obtaining a “meaningful direct investment” from the alcohol partner. “In lieu of your pending proposal to issue warrants with a $6 strike, consider a direct placement for up to 20 percent of the equity at current levels in order to underpin the balance sheet and solidify distribution partnership,” the letter indicated.

Infused beverages, alongside edibles, will not be allowed in Canada at the start of legalization on October 17. However, the interest from these alcohol companies is clear to form partnerships and, in the case of Molson, participate in the creation of a new product.